Lecturers and students at the National University of Science and Technology (NUST) have decried deteriorating standards at the institution of higher learning, with the former threatening to go on industrial action over what they term “gross mismanagement and lack of accountability by the NUST management.”

This comes at a time when the university has just opened for the 2020/2021 academic year, with lectures being conducted online in line with Covid-19 prevention measures.

In a letter to the chairman of NUST Council referenced: “Notice of Intention to Embark on a Strike Against Gross Mismanagement and Lack of Accountability by the NUST Management,” dated 30 November the NUST Educators Association (NUSTEDA) registered its displeasure at the way in which the university is managed.

The long letter seen by CITE with a cocktail of allegations levelled against NUST was also copied to the Minister of Higher and Tertiary Education, Innovation, Science and Technology Development and its Permanent Secretary, the Nust Vice Chancellor and Pro-Vice Chancellor, the university’s registrar and the Ministry of Public Service, Labour and Social Welfare.

“The notice of intention to strike is with effect from 30 November 2020,” said NUSTEDA president Alois Muzvuwe in the letter.

“Following a NUSTEDA General Meeting that was held on Wednesday 25 November 2020, it was resolved that all NUST lecturers had to stand up against the NUST management lest NUST is totally destroyed, with the future of all NUST workers and students being jeopardised. Within the mandatory fourteen-day notice that NUSTEDA is hereby serving to Council, all NUST lecturers want satisfactory answers from the NUST Council on the following listed issues, as well as clear explanations on what is being done to bring to book all those who have been allegedly short-changing the University.”

The letter among other things lists the resignation of Mr Reaboka Noko amidst allegations of embezzlement of funds, the rented Isuzu double cab that the Vice Chancellor had been using before changing to the NUST Ford Ranger, issues to do with teaching assistants’ low salaries, purchasing of a second hand bus, the skewed management’s criterion in approving staff development programmes for managers, while being reluctant to fund teaching staff enrolled for PhD studies and the allegation that managers recently received untaxed telephone allowances.

The lecturers also bemoaned the withdrawal of payment for extra work in Masters and Parallel programmes, withdrawal of staff development support to lecturers, withdrawal of the staff education benefit, “the emerging work load policy that is selectively targeting lecturers only” and unpaid claims for work done in the previous academic year.

“Over and above everything else, NUST lecturers are not pleased that none of their 2017 to 2018 academic year grievances have been addressed to date,” said Muzvuwe.

“These grievances resulted in a strike against gross mismanagement in February 2018, during which Honourable Minister Professor Amon Murwira made it clear, in the press that NUST was going to receive a new Vice Chancellor who was going to address and solve all their grievances. To the contrary, the situation at NUST has gone from bad to worse. There is still an unhealthy and unsafe teaching and learning environment. The NUST managements’ priorities still remain lopsided, with the management’s low commitment towards creating a healthy and safe teaching and learning environment being observed.”

He added: “The shortage of teaching and learning equipment that NUST lecturers complained about in the 2017 to 2018 academic year has been exacerbated by the need for students to learn online, due to Covid-19 imposed challenges. A majority of NUST lecturers do not have university provided laptops. Those who were lucky to get University laptops are in possession of outdated laptops that consistently freeze and crash. Internet services at NUST are below par, with lecturers who have tried to teach online being embarrassed by loss of connectivity during the attempted online lectures. Had the NUST management improved on teaching and learning equipment and facilities, the crisis which is being experienced right now would have been averted. It is really sad to watch the NUST brand being dragged through the mud.”

NUST Director of Communication and Marketing, Mr Thabani Mpofu did not respond to questions sent to him.

Fears reopening of schools could push up Covid-19 cases 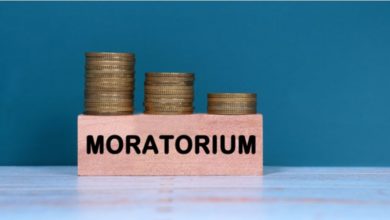