The Ministry of Health and Child Care has employed a new system in the online application process for trainee nurses who will now be required to submit national identity cards, a move that is meant to ensure equitable distribution training posts across the country.

These remarks were made by the Minister of Health and Child Care Obadiah Moyo while addressing parliamentarians, Wednesday.

He said the new initiative is in response to the disgruntlement by some citizens who felt disadvantaged by the previous application process which used the lottery system.

Recently, the ministry of health was under fire after nursing training posts in Matabeleland North, South and Bulawayo were filled with people from outside the provinces.

Dr Moyo said the new model, courtesy of Chinhoyi University of Technology, will alleviate the problems which were encountered through the prior system.

He assured the Parliamentarians that the problems which were faced in the previous exercise are now a ‘thing of the past.’

“We are now making sure that each candidate supplies their identity card which indicates the area where they are coming from. We want to be able to do equitable distribution of training posts right through the country,” said Minister Moyo.

The minister noted that the prior exercise allowed the computer to determine where a candidate would be deployed to and this created commotion amongst citizens as they would question why no locals would get training posts from their own areas.

He said the remodelled system will now allocate candidates training posts based on where they come from as indicated on their national identity cards.

“Our technical partner, Chinhoyi University of Technology has managed to remodel the software so that we can be able to have that equitable distribution through the use of identity numbers which indicate the districts from where people are coming from.”

The minister added that those in rural areas would not in any way be discriminated from applying.

He said the same manner in which they would walk to central points to access postal services is the same exercise they will use only this time they would be going to access internet services.

Minister Moyo explained that to dismiss claims of marginalisation in the recruitment process, the new model will be decentralised thereby giving overseeing authority to provincial medical doctors.

“The computer does not marginalise. You will find that this next intake is going to be decentralised to all the provinces.  The provincial medical directors are the ones who are going to be overseeing that exercise, so there will never be that marginalization or discrimination,” he said. 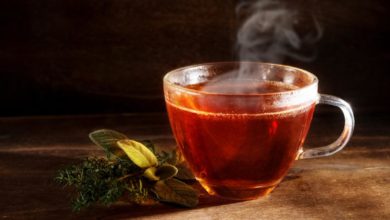