The sentencing of Josphat ‘Mzaca’ Ngulube, a Bulawayo political activist and three other assailants failed to take place, Monday, after the Zimbabwe Prisons and Correctional Services (ZPCS) reportedly failed to bring inmates for their court appearances.

ZPCS has for the past week failed to bring inmates for their court appearances, citing transport challenges.

The sentence will now be handed down on Tuesday.

Bulawayo Provincial Magistrate Tinashe Tashaya said the State will liaise with ZPCS in the morning to confirm whether inmates will be brought to court.

This was after Ngulube’s lawyer, Nqobani Sithole of Zimbabwe Lawyers for Human Rights raised concern that the accused people’s relatives had already lost money through travelling expenses to attend the court cases.

“Your Worship some of the accused persons’ relatives come from as far as Filabusi to attend these court sessions. Considering that ZPCS has not been bringing inmates for some days now, it would only be fair to be certain that tomorrow they will come before we agree on the date,” said Sithole.

In his submissions for mitigation for Ngulube, Sithole noted that his client is a devoted activist who has sacrificed a lot so that fellow Zimbabweans can live a better life.

He said Ngulube has dedicated his life to fighting for better governance and bringing the leaders of the day to account.

“Ngulube is more deserving of mercy than of punitive rebuke,” said Sithole.

“Since the time of trial he has lived a life filled with uncertainty. He is an activist of good standing and he had the courage to confront what he believed to be poor or bad governance.”

Sithole further pleaded with the court, that in passing its sentence should consider that before being granted bail Ngulube served close to two months in prison and that he also spent almost the whole year attending trial.

In passing his judgment last week, Magistrate Tashaya dismissed alibis provided by the four in their defence, citing that they lacked consistency and were outweighed by testimonies given by state witnesses.

Mada said the crew accused Bitu of solely benefiting from taxpayers’ money and pushed her Ford Ranger out of the yard and set it alight. 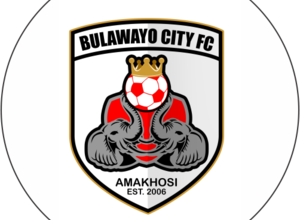 Covid-19 infections, hospitalisations among adults on the increase