BULAWAYO City Council (BCC) says changes in monetary policies affected the implementation of the Bulawayo Water and Sewerage Services Improvement Project (BWSSIP), as local companies could not be paid in foreign currency leading to their minimal participation, while those that were contracted presented very high bids.

The BWSSIP aims to improve municipal water supply and sanitation services to Bulawayo and was funded by the African Development Bank (AFDB) to the tune of US$33 million, of which delays of disbursements from the Ministry of Finance and Economic Development also slowed down progress.

This project started on January 28, 2016, and was expected to end in December 2020 but due to challenges, compounded by Covid-19, the project was extended to December 2021.

Speaking at a Tuesday meeting with AFDB executive Director Dr Judith Kateera who is visiting Bulawayo, BCC Director of Engineering Services, Simela Dube, indicated despite these challenges, 96 percent of the project had been completed.

“We went out to do pre-tender meetings with local contractors such as the Construction Industry Federation of Zimbabwe (CIFOZ) to make them aware of the project before we even went to tender. But at the end of the day when we put the bids together, there was minimal participation from local companies. Those that put bids were very high, even if the project was pegged in US dollars,” he said.

Dube cited the government’s policy changes on currency use as a major challenge, as laws on US dollar use affected payment of the few local contractors.

“Since plans were already on site, claims were initially very huge. We had to work through with contractors to bring them to manageable levels so that we finish the project within budget,” said the city engineer.

He lamented how delays in the Ministry of Finance affected processing project payments.

“At first we started sending payments through the Ministry of Local Government, who will forward it to the Ministry of Finance and those cycles became too long. Through continuous engagement with AFDB, in terms of the portfolio review meeting and project consultative forum meetings we were able to resolve that,” Dube said.

“Our target initially was a turnaround of five days between ourselves and the bank but that was unsuccessful. We however managed to push most of the work through with some contractors claiming interest and have been able to negotiate and suspend those claims.”

“We were to hold 10 percent retention of the money paid to external experts in terms of the Zimbabwe Revenue Authority Act. Unfortunately, the city didn’t have the US dollars to meet those obligations. At one stage the US dollar and Zimdollar were one to one, which was not a problem but when there was change in the currency system that obviously became an issue,” he said.

These challenges, the city engineer noted, would be well-detailed in the BWSSIP audit that would be presented to the AFDB Executive Director.

“Audits have been done successfully for the four years the project has been running for. The last audit was done last week and we are waiting for management to report on it. We hope before the end of the week, we will respond to the issues that are highlighted,” Dube said.

Dr Kateera who oversees projects in Angola, Mozambique, Namibia and Zimbabwe, was pleased to note BCC had a 96 percent completion rate of BWSSIP, against an initial target of 97 percent.

She praised BCC for doing “a lot of good work” and said Bulawayo’s local authority was “most likely” rated as the best in the country.

“I am serious about this and I will repeat it. I’ve gone around various projects that have been implemented by AFDB and the local authority. I encourage you to document your information and share with other local authorities on how they can pick best practice from Bulawayo,” said the executive director.

Dr Kateera took note of the high cost of Zimbabwean bids, inflation, change in currency regulation, performance guarantees, impact of Covid-19 and said she would discuss these with the finance minister, Professor Mthuli Ncube. 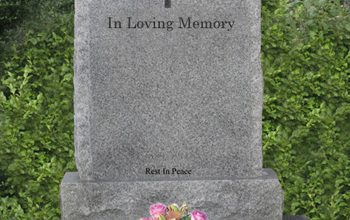