Bulawayo residents have accused councillors of failing to represent their interests in council and not prioritising service delivery.

These remarks came out during a stakeholders social dialogue, Thursday, hosted by Bulawayo Progressive Residents Association (BPRA) on rates non-payment, its effects and underlying key drivers with focus on the 2021 council budget.

Residents who attended the meeting lamented that their councilors do not engage them to inform them about what would be happening in the council especially as far as financial issues are concerned.

This year’s annual budget consultation meetings, due to Covid-19 regulations, were held online via WhatsApp platforms in a bid to enable residents to participate in the crafting of the budget.

“We need information to reach the people, there is such a huge gap there. Our councillors are so out of touch with what we want from the local authority,” a representative from ward 24 said.

Another resident reiterated that in instances where budget expenditures are not clear, residents should engage such organisations as BPRA and carry out their own investigations to ensure that clarity is attained.

“We could report issues that we don’t understand to ZACC, but if we feel justice is not served we can explore other avenues. We can engage BPRA or even whistle-blow our suspicions to the media. That way the local authority stands a chance to be held to account for their shortcomings,” the resident said.

Ntokozo Tshuma, a budget consultant, who was presenting on the residents’ perspective of the Analysis of the 2021 BCC budget concurred that there was an information gap existed between local authority and residents.

“For residents to understand how the budget works, they must be knowledgeable about how the council sets financial priorities from rates payments. The biggest challenge is that at times councillors become so detached that they forget they were employed by residents to represent them in the council,” he said.

“Some councillors discard their duties and take the side of the council authorities, thereby leaving residents on their own. Such conduct from duty bearers shortchanges residents of what they expect from their casted votes.”

Ward 22 Councillor Rodney Jele,however, leapt to the defence of his colleagues citing that residents in most cases do not attend meetings organised by councillors in their wards.

“It is not entirely fair to say councillors are out of touch. It is only unfortunate were in the Covid-19 era but prior to this, councillors would call meetings at least once a month but some residents never attended. Some do not even know who their councillors are. Such meetings are crucial because it is where information is relayed to the residents,” Cllr Jele said. 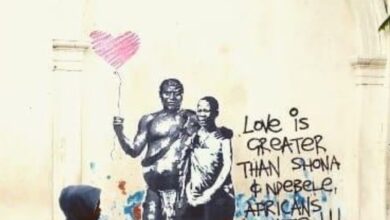