The political career of MDC-T president, Douglas Mwonzora, is hanging in the balance following his party’s crushing defeat in the hands of the newly formed Citizens Coalition for Change (CCC) and ZANU-PF on Saturday’s by-elections.

The by-elections were meant to fill in 28 parliamentary and over 100 local authority seats that had fallen vacant over the past two years as a result of MDCT recalls and deaths.

Despite Mwonzora’s party having been behind the recalls, it failed to secure a single parliamentary seat from the 28 that were up for grabs.

The CCC won 19 of the seats while nine went to ZANU-PF.

Mwonzora who is accused by CCC of working with ZANU-PF to destroy the country’s biggest opposition party reacted by recalling 16 more councillors from eight provinces while sparing those in Bulawayo and Harare for fear of disrupting council business in the two major cities.

Speaking during a press conference in Harare yesterday, Mwonzora said the party lost the by-elections because they got their strategy wrong.

He was however quick to say it is rather too early for Zimbabweans to start writing his party’s epitaph, saying there was still hope for them.

But political analysts believe Mwonzora and his party are now dead and buried politically.

“There is no hope at all for Mwonzora and his MDC as far as politics is concerned,” political analyst Mkhululi Tshuma told CITE.

“The man is done. It’s unfortunate that the iconic MDC with all its derivatives, the party which Morgan Tsvangirai laboured so hard to build, is finished.

Turning to Mwonzora’s by-election defeat, Tshuma said Zimbabweans had “one simple message for Mwonzora.’We will brook no nonsense.’”

“The guy played with the hearts and minds of the people hiding behind a dubious Supreme Court ruling,” said Tshuma.

“However, the Supreme Court of public opinion has issued its verdict and it’s not good for Mwonzora. He is finished and along with him will die the political lives of those who followed him to the grave.

He said the only option available for Mwonzora is to join ZANU-PF.

“Mwonzora has one choice, to join Zanu PF and be part of the gravy train,” he said. “From what I have seen with the Khupe U-turn, people are not going to easily forgive him. He is totally done for now. He just has a small chance in ZANU-PF. Let him grab it.”

“It’s being naive to talk about his political career, instead we should be reading his political epitaph. March 26 was the burial day of the politically decomposed stinking bodies of both Mwonzora and his MDC party’s acronyms. On March 26 the electorate became Douglas Mwonzora’s political undertakers lowering his coffin 600 feet. May his political soul rest in peace.”

He added: “Now the best option available for the politically dead Douglas Mwonzora is to become a political ghost so he can be appointed a commissioner like Obert Gutu, or plead to be appointed an ambassador in Afghanistan.”

‘Khupe was pushed to ZANU-PF by MDC Alliance’ 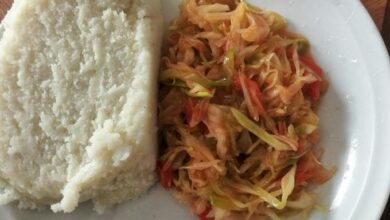