Members of Parliament (MPs) have questioned the sustainability of the government’s mass public transport scheme under the Zimbabwe United Passenger Company (ZUPCO), which is gobbling millions of dollars in subsidies every week.

The government is forking out ZWL$40 million every week to pay out the subsidies.

In Bulawayo, passengers were yesterday seen stranded as there were no ZUPCO buses and Kombis to different routes owing to the delay in receiving fuel supplies.

The government launched the ZUPCO buses scheme around April this year,

The government secured a bus fleet from South Africa and China and still wait for a delivery of another fleet from Belarus.

Speaking during Parliament, Wednesday, Binga North MP, Prince Dubeko Sibanda said there are suspicions that there are other people outside the ZUPCO scheme that are benefitting.

“Who exactly is benefiting out of that ZUPCO program which is taking about $40 million from Government every week because there is a suspicion that there are other people outside the ZUPCO itself that are benefiting.”

Sibanda added that there is a need for a clear outline of how the large amount is used.

“The Ministry of Finance is spending close to $40 million or over every week on ZUPCO subsidies. We are all aware that all the transport that is contracted to do work on behalf of ZUPCO does not belong to ZUPCO. What are the policy outcomes and how that $40 million per week is being utilized and whether that is sustainable in an economy like ours,” Hon Sibanda said.

In addition, MDC Alliance MP for Harare West, Joana Mamombe said there is a need to address the issues of the road network in the country as public transport operators are affected by breakdowns.

“We understand that they brought in the ZUPCO buses but the drivers are troubled by the potholes and also the breakdowns they experience from the buses because of the poor road network,” said Hon Mamombe.

“We are requesting that you address the issue of poor road network than just to name streets instead of addressing the issue of potholes on the roads,” she said.

Meanwhile, in his response, Minister of Transport and Infrastructural Development, Joel Biggie Matiza said the Government is sensitive to the plight of passengers.

“The Government is so sensitive to the plight of the passengers that it has put in place a program of acquiring new buses that will ply the routes in the urban and the rural areas,” said Matiza.

“Such a program is in progress as witnessed in Bulawayo and Matabeleland South. These programs are going to continue to make sure that we see the plight of our passengers.” 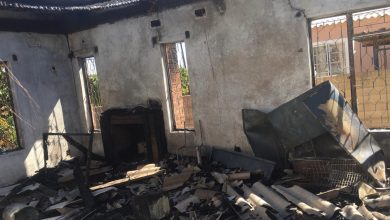