First Lady, Auxilia Mnangagwa, Monday, made a whirlwind tour of Bulawayo which included a visit to the Dabengwa residence where she visited Zodwa Dabengwa, the widow of the late national hero, Dumiso Dabengwa and some Zapu stalwarts, in what analysts viewed as a veiled attempt to mend bridges between the government and the opposition party.

This come on the back of a snub by President Emmerson Mnangagwa who did not attend Dabengwa`s burial and only managed to send some government officials to represent him.

Misihairabwi-Mushonga is also a niece to Banana.

The first lady says she was inspired by Banana`s widow and emulated her humility and the respect she gave to everyone.

“I am happy this day has come, as I have finally met her. I used to follow Banana back then although I was young as I admired how humble she was yet respected everyone. What she said was educative and moulded me into the person I am now as Auxilia,” she said.

The second stop was in Emganwini where Mnangagwa visited a ‘forgotten’ ex ZPRA fighter David Moyo, affectionately known as Sharp Shoot, who was renowned for his marksmanship during the liberation war.

Moyo was born in 1925, joined ZAPU at its formation in 1961 and was instrumental in the liberation struggle during his youthful days.

He is also a brother to the late national hero Jason Ziyaphapha Moyo who was a respected ZPRA cadre as well.

During the formation of ZPRA, Sharp Shoot took part and played a pivotal role in recruitment and training of veterans.

Moyo was in the same trenches with Jacob Gedleyihlekisa Zuma, former South African president and worked with Umkhonto weSizwe during the liberation struggle.

Mnangagwa told Moyo that under the new dispensation, the government will ensure that veterans of the struggle get the recognition they deserve.

“We now have the Chitepo College, where we should reach out to people such as yourself so you can share your experiences, where youth can learn history and how to preserve Zimbabwe,” she said.

In his response, Moyo said he was grateful for the visit as President Emmerson Mnangagwa knew about his prowess but if he had forgotten him, his name “Sharp Shoot” would rouse his memory.

The next stop was at Fourwinds, where Mnangawa held a closed meeting with Dabengwa’s widow and later signed the Book of Condolences.

Another stop was made at the Coronation Old Peoples Home, where she made a courtesy visit on Jane Ngwenya, a liberation war luminary and one of the first women to join the liberation effort against the colonial government.

She also visited another forgotten ZPRA cadre, Aaron Ndlovu in Kensington, on the outskirts of Bulawayo.

In all her stops, the first lady donated groceries to the families save for the Dabengwa residence.

Mnangagwa’s last stop was at large City Hall where she spoke to the city’s elderly and donated some groceries –sugar, oil and rice to them.

“The new dispensation under the leadership of President Mnangagwa places value in the concept of servant leadership and an open door philosophy where the needs of the people are attended to in a respectful dignified and diligent way,” Mnangagwa said while addressing them.

Analysts said the first lady was trying to make up for the recent snubbing the state received at Dabengwa’s funeral and reach out to former ZPRA veterans.

“It’s a case of too little too late but all the same she is exploiting the current situation where Dabengwa’s departure rekindled the old ZAPU euphoria within the region. She is out to score and harvest some political mileage and in a way reach out (on behalf of her husband) to the people of Bulawayo and ‘Matabeleand’ who snubbed the state and Zanu PF party at Dabengwa’s funeral,” Thomas Sithole said.

“Again as the First Lady she eyes at the opportunity to build her own political clout by projecting an image of a caring and concerned First Lady.”

Critical studies scholar, Khanyile Mlotshwa said Mnangagwa was creating the impression that she is woman who listens to the people her husband leads.

“It would be interesting to find out what the people said to him so that it is clear why they asked for an audience with her, and what she can do with their requests in the limits of being a first lady, and therefore not part of the government,” he noted.

ZAPU national spokesperson, Iphithule Maphosa also had no kind words about the first lady’s visit, especially at the Dabengwa’s residence.

“The visit marks the highest order of hypocrisy. The husband who as president snubbed the funeral and burial of the ZAPU president only for the wife to come running early in the morning three weeks down the line. These two are running the country on a wife and husband basis where the wife does corrections for the husband’s blunders and misgivings. We can’t run a country like this. Now we don’t know who is president between the two,” he claimed. 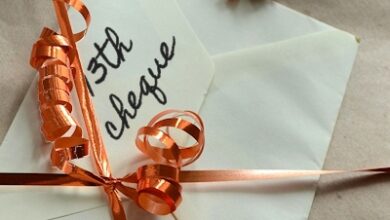 No performance review, no bonus: Govt tell its top chefs 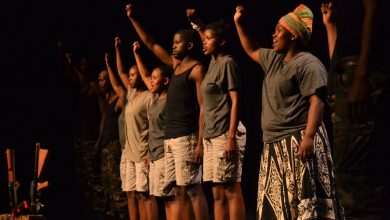