The World Health Organisation (WHO) has said it remains optimistic about bringing the Covid-19 pandemic, which has so far infected more than 100 million and claimed over 2 million lives, under control as countries across the globe roll out vaccination programmes.

Zimbabwe, which has to date recorded over 35, 000 cases of coronavirus inclusive of more than 1, 000 deaths received its first batch of 200, 000 doses from China Monday, with the vaccination of willing health care workers and other frontline personnel set to begin in earnest soon.

Other countries such as the United Kingdom, United States, China, India and many others have since rolled out vaccination programmes for their populations.

Briefing the media on Covid-19 Monday, WHO director-general, Dr Tedros Adhanom Ghebreyesus, said in light of the declining cases they were hopeful of bringing the pandemic under control.

“This shows that simple public health measures work, even in the presence of variants. What matters now is how we respond to this trend. The fire is not out, but we have reduced its size. If we stop fighting it on any front, it will come roaring back.”

On Monday, WHO gave emergency use listing two versions of the Oxford-AstraZeneca vaccine, giving the green light for those vaccines to be rolled out globally through COVAX.

Although both companies are producing the same vaccine, because they are made in different production plants, they required separate reviews and approvals.

“WHO emergency use listing assesses and assures the quality, safety and efficacy of COVID-19 vaccines, and is a prerequisite for vaccines to be distributed by COVAX,” explained Ghebreyesus.

“This listing was completed in just under four weeks from the time WHO received the full dossiers from the manufacturers. In addition to the Pfizer-BioNTech vaccine, these are now the second and third vaccines to receive emergency use listing. We now have all the pieces in place for the rapid distribution of vaccines.”

He said there was still a need to scale-up production, calling upon vaccine developers to submit their dossiers to WHO for review at the same time as they submit them to regulators in high-income countries.

“On Friday I mentioned WHO’s new declaration on vaccine equity,” explained the WHO chief.

“Ensuring the rapid and equitable rollout of vaccines globally is essential for saving lives and stabilizing health systems. But it’s also essential for saving livelihoods and stabilizing economies. Fully funding COVAX represents the greatest possible stimulus and is a rounding error compared with the trillions of dollars that have been mobilized in G7 countries to support their economies.” 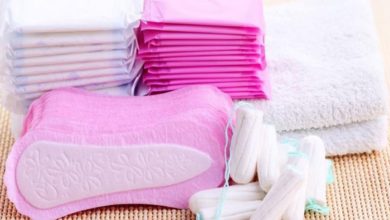