President Emmerson Mnangagwa, Friday, announced his much awaited cabinet which saw some career ministers falling by the wayside, while fresh faces were brought in.

The Cabinet was announced by the Chief Secretary to the President and Cabinet, Dr Misheck Sibanda, in terms of Sections 100(200) (c ) and (d) of the Constitution of Zimbabwe (Amendment No. 20.).

President Mnangagwa seems to have bowed to pressure to include technocrats into his cabinet by roping in businessman Professor Mthuli Ncube as finance minister.

Monica Mutsvangwa will head the Media, Information and Broadcasting Services portfolio while Mangaliso Ndlovu was appointed the new Minister of Industry and Commerce.

Joel Biggie Matiza is now the Minister of Transport and Infrastructural Development while his predecessor Joram Gumbo moves over to Energy and Power Development.

Kazembe Kazembe has taken over the ministry of Information and Communications Technology.

Dr Obediah Moyo has been named Minister of Health and Child Welfare while Sekai Nzenza is now Minister of Public Service, Labour and Social Welfare.

Cain Mathema has been rewarded with the Home Affairs ministry previously headed by Obert Mpofu.

Those who retained their ministries include: July Moyo Minister of Local Government, Public Works and National Housing, Sibusiso B. Moyo Minister of Foreign Affairs, Amon Murwira and Paul Mavhima ministers of Higher Education, Science and Technology and of Primary and Secondary Education respectively.

Perrance Shiri remained Minister of Agriculture together with Winston Chitando who retained the Mines portfolio.

Prisca Mupfumira continues as the Minister of Tourism and Hospitality and career minister Sithembiso Nyoni keeps the Ministry of Small & Medium Enterprises and Cooperative Development. 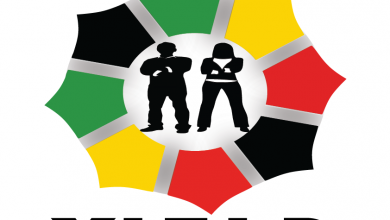