The Matabeleland Forum, a consortium of civic society organisations in the region, has expressed concern over the continued defiance of the law by ZANU-PF Secretary for Administration, Dr Obert Mpofu and Bulawayo businessman, Dumisani Madzivanyati who moved into Esidakeni Farm in Nyamandlovu while the matter is still before the courts.

Esidakeni Farm was purchased in 2017 by Siphosami Malunga and his business partners Zephaniah Dhlamini and Charles Moyo from former white farmers through Kershelmar Farms (Private) Limited but are struggling to retain ownership as the state acquired the farm in 2020 via a Notice of Acquisition General Notice 3042 that appeared in a government gazette.

In a statement, Matabeleland Forum said it was “disgusted” at the unabated disregard of the rule of law by Mpofu and Madzivanyati who were contesting Malunga and partners yet according to the farm sale were the legitimate owners.

“We are concerned that the ruling given by the High Court is being disregarded by senior ZANU-PF and state security officials. Over the past few months we have witnessed a clear case of lawlessness being perpetrated against Malunga, Dhlamini and Moyo who have been persecuted endlessly in a 553 hectares-farm ownership wrangle that has sucked in some very senior people in government, ZANU-PF and state security apparatus,” said the network of civil society organisations in Matabeleland.

Dr Mpofu, was allocated 154 hectares of the total 553 hectares and moved into the farm last year December. He has since hired armed personnel to keep Malunga and partners out.

Madzivanyati, allocated 50 hectares, was evicted from the farm on November 30 last year after a court order, which he defied.

Malunga and partners sought a High Court order that said should Madzivanyathi fail to comply, he together with workers claiming occupation through him would be sentenced to 12 months in prison.

Matabeleland Forum noted that the Bulawayo High Court in October 2021 ruled in favour of Malunga and associates.

“However, this has been defied by Mpofu and Madzivanyati who continue to occupy the farm in defiance of the ruling. As Matabeleland Forum, we note that this behaviour, coming from a senior ZANU-PF member and security officials, is a blatant abuse of power,” said the civic organisations.

“It is also a firm statement to Zimbabweans and the international community that ZANU-PF and the Government of Zimbabwe do not care about private property rights and the rule of law.”

Matabeleland Forum warned that no one would invest in a country where public officials can just grab private property and ignore court judgments and never face any consequences, and where owners of private property do not enjoy the protection of the law.

“Such behaviour multiplies political risk factors that firmly shut the door on investments. We therefore call upon the police to fulfill their Constitutional duty by enforcing the court order and ensuring the punishment of those who defy it,” said the grouping.

Without investments the country can only continue to spiral into poverty, hunger, and joblessness, argued Matabeleland Forum.

“Equally important, no re-engagement with the international community can succeed when the law is being disregarded. Such engagements can only bear fruit when the government demonstrates practical steps in adhering to democratic norms and standards,” said the organisations.

“When the rule of law is undermined by officials of the state and of the ruling party, the significance of dereliction of constitutional duty should not be underestimated. The route to attracting investments is not by showing disregard of property rights but by upholding them.”

The civic organisations said Malunga and his business partners must be allowed to proceed with the business of producing as is expected from farms considering that their activities were now in limbo.

“We condemn this unabated display of lawlessness. That instead of farming, they (Malunga and his business partners) have found themselves fending off disruptive behaviour that contravenes the law, is a travesty of justice. A country where senior public officials ignore court orders and the rights of the people they are supposed to protect cannot expect to receive substantial inflows of critically-needed investments,” said the grouping. 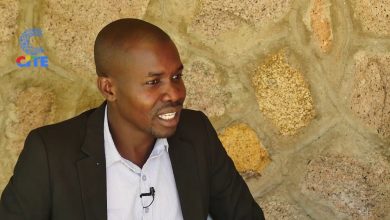 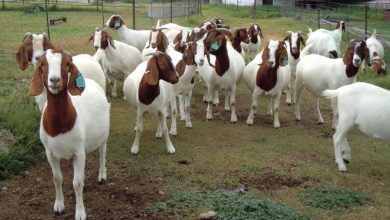