Industry in Matabeleland has demanded transparency in the allocation of foreign currency to companies in the region at a time when Zimbabwe is facing critical shortages of the hard currency.

In their recent meeting in Bulawayo with Industry and Commerce Minister, Sekai Nzenza, captains of industry and commerce called for openness in the disbursement of foreign currency to companies in the region.

“Matabeleland wants to know how much is being allocated to our companies here in Matabeleland,” said Confederation of Zimbabwe Industries (CZI) Matabeleland chapter president, Shepherd Chawira.

“We all agree that our problem could not be foreign currency shortage with over US$6 billion forex earnings every year. It is how we allocate it and use our foreign currency which is our concern.”

Chawira further elaborated: “That is what is generally agreed at some certain level. Let us sort out our exchange rate to kill the arbitrage and foster competitiveness as well.”

Bulawayo City Council economic development officer, Kholisani Moyo, said it was important for the city to get its fair share of foreign currency whenever the central bank does its allocations.

“For us as Bulawayo we would love a situation where if there is foreign currency at national level, we should be told that Bulawayo you have US$2 million coming and we share that US$2 million as an industry,” said Moyo

“I want to assure you that when money comes to Bulawayo for the industry, we have a strength for accountability, we do not have a phobia of not accounting for resources. We are going to account for every cent, whatever we are going to get.”

Moyo said Bulawayo had always accounted for all the funding the city has received in the past which includes ZINARA and devolution funds.

“We are good at accounting. Give the private sector and the Bulawayo industry, they will account and they will produce,” he emphasised. 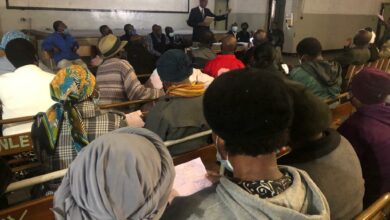