Bulawayo City Council (BCC) says the effects of the prolonged Covid-19 induced lockdown measures early this year triggered an increase in malnutrition cases in the city.

The implementation of lockdown in Zimbabwe saw many people, mainly breadwinners, forced out of their jobs, locked down, and could not continue with the daily hustles that sustained their livelihoods.

In 2020, more than 2 500 children under the age of 5 years were admitted for treatment of severe acute malnutrition.

In the latest council minutes, BCC Director of Health Services, Dr. Edwin Sibanda reported that there was a need to strengthen growth monitoring to detect and treat malnutrition and other disease conditions.

The Director of Health Services also reported that the City had also recorded a decrease in diarrhea cases.

“Diarrhoea cases (220) had decreased in January 2021 compared to the previous month (446). This was due in part to Emergency Response Mechanisms (ERMs) and the rains that had improved access to potable water,” he said.

He added that a total number of two positive malaria cases were notified and investigated.

“Both malaria cases were imported. Bulawayo is a non-malaria area and is currently on course regarding the implementation of malaria elimination activities. The achievement could have been a result of natural processes and success of interventions that included vector control (larviciding, stream bank clearing), case notification, management, and investigation,” said BCC Director of Health Services.

Dr. Sibanda said the city continues to be on high alert for Covid-19.

“In view of the risky behaviors that drove transmission in Bulawayo, the city scaled up effective, relevant, tailor-made, context-specific Emergency response mechanisms (ERMs) for all pillars to contain the outbreak,” he said.

In addition, he said Bulawayo also remains on high alert for typhoid which was endemic in neighboring cities. 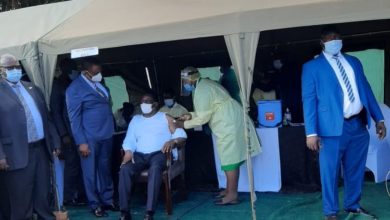 In His Words: The Unfinished Liberation Struggle of Joshua Nkomo