The book had its launch in Harare disrupted by security forces late last year.

Speaking during CITE online show, The Breakfast Club on Tuesday, Moyo said the publishers, SAPES, would come up with a new date by next week.

“We had problems launching it as you know they (security forces) stopped it and then COVID came up,” said Moyo.

“But some bad experiences also tend to yield good opportunities. We now have learnt that you don’t have to worry about some Gukurahundists people blocking your launch in Harare. You can launch on Zoom meeting, Google meet and so forth.  Fortunately it’s now possible that we launch properly, the book.”

He explained further: “SAPES is working with its partners to launch the book properly. I think we should have some date by sometime next week. I am looking forward to that because it tells a story that needs to be heard about how the people who used the military to grab power in 2017 used the power that they had grabbed to steal the election in 2018.”

Moyo said Excelgate was very detailed about “who did what” during the 2018 polls.

“People do not know that an institution like Africom, which is a military company, was dangerously involved in the theft of the 2018 election. It ran the computers. Africom ran the ZEC (Zimbabwe Electoral Commission) computers. ZEC did not run its own computers. The computers were run by the military and they were using their company called Africom to do that after they diverted all the presidential election results.”

The former minister said instead of ZEC and the military allowing those results to go to the constituency centres, they just took them straight from each ward centre to Harare and counted them there.

“The counting involved discounting; removing some stuff; bringing some other staff in order to manufacture that result,” he said.

“When the army was busy killing people or injuring people on the 1st of August 2018, some of its people were busy counting election results for the presidential election at ZEC headquarters when that should have been done at constituency centres; it was being done right there in Harare, in order to change that result. It’s a story that we need to tell in the interest of transparency but also in the interest of correcting what is wrong.”

He said Zimbabwe needed a culture to correct “some of these outrageous things that happen in our country.”

“We can’t and we should not talk about 2023 when 2018 has not been resolved. Mistakes and atrocities must be accounted for before you move on to the next stage.” 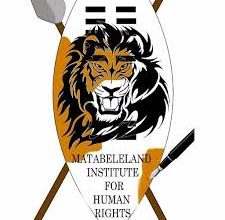