When three bullets, fired in quick succession, tore into Tendai Phiri`s* right arm and thigh during the January Shutdown Protests in Pelandaba suburb last year, she thought her life had come to an abrupt end.

A fellow bystander, who was watching as people looted a local supermarket, whisked her to safety before she was rushed to the hospital.

Phiri had gone out of her home, in the midst of the chaos, to look for her siblings when tragedy struck.

After the shooting, Phiri was admitted at Mpilo Central Hospital where she spent more than a week nursing gunshot wounds.

A year later, she still to come to terms with the traumatic experience and identify her shooters.

In an interview with CITE at her home, Phiri said she was still haunted by the shooting and sometimes would close herself in the house.

“Up to now, I don’t know how to explain how the shooting happened. Especially now, since it’s January and the shooting happened last year around this time. I am in pain emotionally. I am also in pain physically. When it is cold, the wound on my arm becomes painful and I constantly have to buy medication,” she said.

Phiri noted that her case was reported at the West Commonage Police station but later transferred to Bulawayo Central police station.

“I am also pained by the fact that police have not done anything to solve the case or tell me who shot me.”

Her brother, Phiri claimed used to frequent the police station to ask for updates on the case but without much success.

“I don’t know why the police are not saying anything. My brother always tells me to go ask but well…I am uncomfortable with the whole issue because it changes your life.”

She added that the Women of Zimbabwe Arise (WOZA) offered assistance to pay her medical bills.

“The trauma never leaves you and when I hear the word ‘looting’, I cringe,” she said.

Phiri, noted that restorative justice might help her heal emotionally.

“The police must look for the person who shot me. He must tell me why he shot me,” she said, claiming the shooter who was travelling with another person in a Blue Honda Fit, came out of the car and shot her on the right thigh, this was after shooting indiscriminately at some people who were looting the supermarket.

Her brother, Sheunesu Phiri* said he was disappointed and felt let down by the authorities. 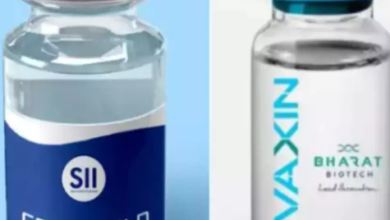