A COVID-19 patient in Bulawayo who is on isolation at Elangeni Training Centre slept on an empty stomach on Sunday evening as his meals that were supposed to be delivered from the United Bulawayo Hospitals (UBH) did not make their way to the institution, CITE can reveal.

As a result, the patient whose last meal was lunch Sunday afternoon allegedly missed out on dinner and Monday morning breakfast.

A drive from UBH to Elangeni Training Centre takes less than 20 minutes.

The 27-year-old patient is Case 34 who was moved to the isolation centre in Khumalo suburb on Sunday by the Rapid Response Team.

The centre was identified by the Ministry of Health and Child Care, to accommodate those patients who cannot self-isolate at home.

Since the patient stayed in a high rise apartment in Bulawayo’s Central Business District, he was not eligible for self-isolation at home as he shared living space with other residents at the flat.

Concerned friends and relatives discovered that the patient did not eat when they checked up on him since he is reportedly the only patient at the centre.

In an interview with CITE, health officials who spoke on condition of anonymity admitted that a logistical error took place during delivery of the food.

“His meals were prepared at UBH and supposedly taken to Elangeni Training Centre but somehow it seems the food was lost during delivery. We think there was a logistical mishap and for some reason, the patient didn’t receive their food,” said one of the sources.

“The patient did not eat but the food has since been delivered. He has received his breakfast.”

Contacted for a comment, Acting Bulawayo Provincial Medical Director, Dr Welcome Mlilo, said the patient’s meals were being provided for.

“The meals are being provided by the Ministry of Health and Child Care in conjunction with the Department of Social Welfare,” he said.

Deputy Minister, Public Service, Labour and Social Welfare, Lovemore Matuke, told CITE that if a patient was admitted at a hospital they became the responsibility of the Ministry of Health and Child Care.

“When someone is hospitalised, the ministry of health must provide food. If the ministry has no adequate resources to finance the provision of food, then the department of Social Welfare will come in to assist,” he said.

Matuke said once his ministry has a full appreciation of the matter, they would step in to assist the host ministry, that is if there were challenges to cater for the patients.

“I’m now looking for details but since you have asked I will task my directors to go check  and ask Elangeni Training centre if there is anything we can do,” he said.

Bulawayo has 12 confirmed COVID-19 cases, with one death.

Nationally, the country has 34 confirmed cases including five recoveries and four deaths. 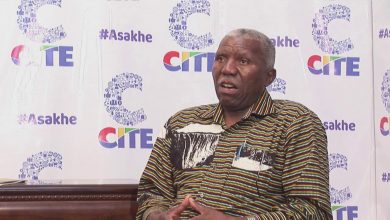 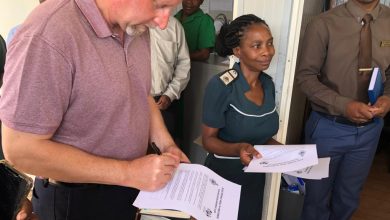 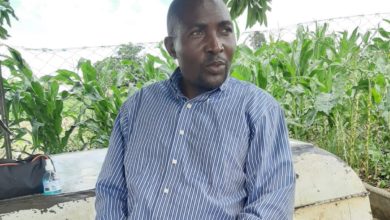 I am in pain: Byo man shot by police speaks out