The increase in the coronavirus infections reported daily in Zimbabwe has rendered contact tracing by the Rapid Response Teams ineffective at a time when many people are succumbing to the pandemic.

Fifty-two more people succumbed to Covid-19 in the last 24 hour-cycle bringing the death toll to 825.

The latest statement from the Ministry of Health and Child Care released Tuesday shows that a total of 783 new cases have been recorded, bringing the cumulative number of cases to 28 675

Contact-tracing starts with someone testing positive for Covid-19 and isolating themselves while Rapid Response Teams from the city’s health department, move to identify other people who had been in touch with the infected person.

The Rapid Response Teams are supposed to find out from people that are positive, who they might have exposed to such as individuals they spent time or shared office space with.

These contacts are called or visited and told they need to quarantine, so that they do not pass on the virus to more people.

According to the World Health Organisation (WHO), when systematically applied, contact tracing breaks the chain of transmission of an infectious disease and is an essential public health tool for controlling outbreaks.

However, due to several challenges such as manpower, underfunded health care systems, rapid response teams have proved ill-equipped to respond and resultantly flounder this ‘most basic’ public-health procedure.

Some Bulawayo residents who spoke to CITE after testing positive claimed that the city’s rapid response teams were inefficient.

“When I tested positive, the Rapid Response Teams made up of two officials, came to my house once, and one of them was not even wearing their mask properly. They also failed to be in touch with some of the people they had been in contact with,” said one woman who had to have her household tested for Covid-19 from own pocket.

Besides the inefficiency of Rapid Response Teams, some people also provide no details of contacts when asked.

Now with the second wave in place characterised by a spiral of infections, there are fresh concerns that contact tracing would be more challenging.

In an interview with CITE, acting Bulawayo Provincial Medical Director, Dr Welcome Mlilo confirmed the Rapid Response Teams were overwhelmed due to cases that are reported daily.

“Bulawayo Metropolitan Province like the rest of the country is recording a high number of new Covid-19 cases daily. We continue to follow-up cases as part of our surveillance system.

However, the Rapid Response Teams are overwhelmed by the sheer number of scares, contacts reported daily,” he said.

He added that, “the recent job action within city council negatively impacted the provincial Covid-19 response mechanism but Rapid Response Teams are however operational and they continue to follow-up cases.”

Dr Mlilo said to break the chain of transmission, members of the public should stay home when unwell with flu like symptoms or are contacts of a known Covid-19 case.

“For example, if a member of a family has tested positive, members of the same household must continue to quarantine at home whilst waiting for the Rapid Response Teams visit,” he said.

“The Ministry of Health and Child Care’s plans to increase the number of Rapid Response Teams and further strengthen surveillance activities are at an advanced stage.”

Despite the inadequacies of the rapid response teams, residents acknowledged that people also failed to comply with quarantine order.

“Not everyone who tests positive isolates when requested and since not all contacts are reached, some people are unwilling to comply with quarantine orders, which adds to the burden of Covid-19. A robust campaign is needed to educate people on why it is important to self-isolate and quarantine,” said Emmanuel Moyo, a teacher from a private school. 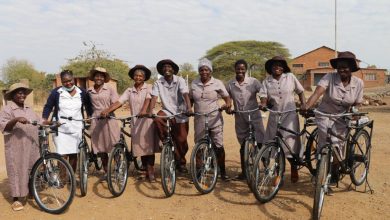 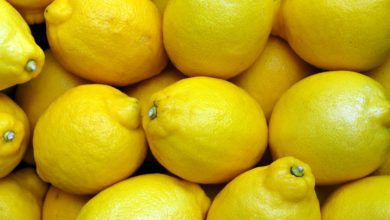