IBHETSHU LikaZulu says President Emmerson Mnangagwa must be pressured to release the findings of a commission of inquiry on the Gukurahundi atrocities just like he did with the August 1 commission report.
Speaking during the Gukurahundi commemorations at Stanley Hall in Makokoba Saturday, Ibhetshu LikaZulu’s Secretary General, Mbuso Fuzwayo, commended President Mnangagwa for bringing the August 1 report into the public domain.
“Since 1980, several commissions have been conducted in this country but did not see the light of day but what President Mngangagwa did last Tuesday is good. We ask him to continue on that transparency path and release findings on the Gukurahundi question. We ask him as people who lost relatives during Gukurahundi,” he pointed out.
Fuzwayo said since Mnangagwa rose to power, he had not done anything worthy but should be commended for releasing the August 1 report.
“Mnangagwa’s gesture is a sign that he can be pressed to release findings of the Chihambakwe commission on Gukurahundi done by in 1983, whose contents remain under lock and key up to now,” he said.
The Chihambakwe Commission of Inquiry was a truth commission set up by government to investigate the killing of about 1 500 political dissidents and civilians in the Matabeleland and Midlands provinces.
Zimbabwean Judge Justice Simplisius Chihambakwe chaired a four member commission but no official report was issued because the government argued the report’s publication could spark violence over past wrongs.
In light of this, Fuzwayo said people had a right to know what was in the Chihambakwe commission because they had invested resources towards the cause and as taxpayers their money was used to fund the investigation.
“Gukurahundi is a painful issue for Matabeleland because people paid money, through tax, to killers who came and killed them. The North Korean army was paid for its service by taxpayers’ money and people paid more to the commission whose findings have not been released. We ask President Mnangagwa to release it. We have to know what was said and critique the findings,” the secretary general pleaded.
The Kgalema Motlanthe commission on the August 1 killings also pointed out that Gukurahundi is still an issue, as the matter was brought up during the testimonies.
Political and social analyst Effie Ncube who was also spoke at the commemorations said the Motlanthe report provided an opportunity to take up Gukurahundi and confront authorities about it.
He advised activists to form a task team that would plan how to deal with Gukurahundi as per recommendations from the August 1 report.
“The commissioners were brave to include Gukurahundi, that is a confirmation we need to take it up but we have to organize ourselves. A task team to meet government, as it is supposed to implement recommendations. Of late, reports say chiefs would deal with Gukurahundi and if that task team is to meet the chiefs to solve this matter then so be it,” Ncube said.
During the commemoration there were sentiments from attendees that December 22, which is Unity Day, must be turned into a ‘Remembrance Day’ for Gukurahundi survivors and victims, since the unity accord between ZAPU and Zanu was signed to end the 1980s killings.
Tags
Chihambakwe commission Emmerson Mnangagwa gukurahundi Ibhetshu LikaZulu Mbuso Fuzwayo 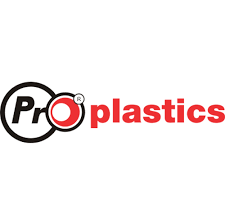