Retired Colonel Tshinga Dube says he averted a potential civil war in the formative years of Independent Zimbabwe after an order had been issued to dismiss all the Ex-ZPRA soldiers in the newly formed Zimbabwe National Army.

Writing in his biography, Quiet Flows the Zambezi, which he launched in Bulawayo last week, Dube said former ZANLA soldiers had hatched a plan to fire all ex-ZPRA from the army, a decision that could have sparked clashes between the two former liberation movements.

Dube who was in charge of the Signals Corps unit had to confront army commander General Solomon Mujuru who ordered the decision to be rescinded.

“This chapter would not be complete if I left out what arguably served young Zimbabwe from complete chaos, one that would have been worse than that of Angola, Rwanda and Mozambique. One morning my personal assistant called Sabina came to my office and broke the news that there was a rumour flying around that all former ZPRA soldiers would be dismissed from the ZNA that very day,” Dube wrote.

Dube said he immediately confronted Major General Jevan Maseko who confirmed “that he knew about it”.

“I was extremely agitated and persuaded Major Gen Maseko and myself to go and discuss this issue with Gen Mujuru. As we got into his office and sat our eyes locked. This initiated me to talk about the purpose of our visit.

“He then said to Lt Gen Mujuru, “Col. Dube is raising some issues about a decision to send all ZPRA combatants to their homes.” Though Mujuru was supposed to be so close to me, he had never whispered to me about such a move,” said Dube.

According to Dube, his friendship with Mujuru dates back to the 1960s when Mujuru was recruited into ZAPU in Zambia when he was in charge of one of the camps. He joined ZAPU`s military wing in 1969 and specialised in Communications.

In response, Mujuru is said to have handed Dube a piece of paper which contained the names of people who had attended the meeting where it was decided that the ex-ZPRA combatants be dismissed.

“It was a minute sheet, but to my surprise, some of the name of the people who participated in the meeting were no other than Major Gen Maseko, Brig Mapoga and others. I think my heart jumped a beat. I then said to Gen Mujuru, “We are talking of dissidents, now we are creating real dissidents. These people you are telling to go to their homes had their homes burnt down by the Rhodesian forces while they were in the bush waging the armed struggle.”

Dube managed to convince Mujuru to reserve the decision much to the chagrin of ZANLA combatants “who did not any explanations but to get the order implemented forthwith”.

He added that they had a difficult time convincing the combatants to respect the decision stopping the pending dismissal.

“However,  a civil war that would have turned Harare and Bulawayo into ashes had been averted. One can never lose a war when one has conviction.”

The former war veterans minister said the late Mujuru gained his respect for his role in dissolving the simmering tension within the army.

“We had built ZNA together. We had fought the Rhodesian forces together. Now you dismiss us as useless lapping dogs? I respected Gen Mujuru even more for his brave decision. I call it brave because he contended with a lot of his peers.

“There were some hot heads within ZANU PF such as Enos Nkala, Maurice Nyagumbo and Ernest Kadungure, among others.” 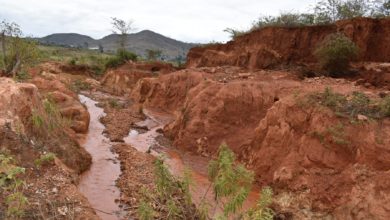