Community Youth Development Trust (CYDT), says there is a lot of corruption in Gwanda involving high ranking council and government officials, a situation which has affected service delivery.

The organisation made the allegations during an outreach programme in the mining town on Wednesday.

The campaign was held under the theme, Defeat corruption, Save the Community, Build the Future.

“Gwanda town is a hub of mining activities which hardly benefit the community due to the exploitation of gold proceeds and also corruption that comes with the industry’,” said Sichasiselo Ndlovu, CYDT Director

She alleged the police demand bribes from miners who do not have mining rights.

“We have cases that have been exposed by rights holders trying to bribe police officers so that they escape arrest whenever they are found mining illegally,” she said.

“Police then decide to launch these raids whenever their pockets are dry so that they milk young people who are trying to earn a living though through illegal mining activities”.

“The allocation of mining licence is influenced by political figures,” he said.

“If you do not hold a ZANU-PF card it’s hard to get your papers approved”.

He also said many residents have fallen prey to corrupt Councillors and council workers who sell stands to multiple buyers.

A number of officials have nabbed for corrupt activities on the town.

In May 2018, a top Gwanda municipality official was demoted for allegedly duping a home seeker by fraudulently selling him a residential stand allocated to another person. 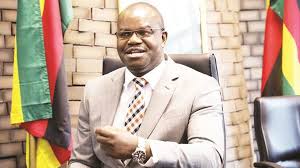