While the Gukurahundi atrocities may have ended in 1987, the genocide has since mutated into an ongoing ethnocide which needs to be uprooted from all levels of society.

An ethnocide the deliberate and systematic destruction of the culture of an ethnic group.

This came out at a recent National Peace and Reconciliation (NPRC) multi-stakeholder meeting in Bulawayo, where participants pointed out that the perpetrators of the Gukurahundi genocide are still implementing their plan through subtle means.

“A genocide transcends into an ethnocide. Gukurahundi has not stopped. It’s now invisible but it is manifesting violently. How do we stop the ethnocide now that we don’t see the violence physically but people are dying,” said Zipra Veterans Association spokesperson Buster Magwizi.

The atrocities carried out by the North Korean trained Fifth Brigade were inflicted on people in Matabeleland and Midlands between 1982 and 1987, where an estimated 20 000 people, mainly civilians, were killed.

Another participant concurred, narrating her experience in Harare where she was attacked for being Ndebele in 1984.

“As far as l am concerned, Gukurahundi is not just genocide, but a mentality, a mindset. I am saying that because my welcome in Harare was very traumatic. I slept at a railway station,” she said.

She recounted they had to move out of the house where they were meant to sleep in because they were labeled “dissidents”.

“I went to Harare in 1984 to submit my admission forms at the University of Zimbabwe. I was with my father. We went to his cousin’s house and suddenly, there was a crowd outside shouting “dissidents’. My father being diplomatic, we walked out quickly and went to sleep at the railway station and that is not nice because l was Ndebele”.

She described how she was also nearly murdered in the streets of Harare because of her ethnicity.

“The third time, l was expectant, with my first child. I had to masquerade as a Zambian because I had long hair at that time.  The Shona guys next to me were saying if their brother would marry a Ndebele they would flush her down the toilet drain”.

She suggested that the history curriculum in schools should be amended so as to cultivate tolerance at younger age.

“To fight against Gukurahundi, we should promote tolerance at schools. We read our history in vain.  For example, Hilter some of us admired him. That is why our leaders are doing exactly like him because history admires him.

“Let’s ask questions that are constructive so that children can be taught that genocide is not acceptable,” she said.

“The issue of change of changing of curriculum was a topical one around the country.  We are already a very poisoned generation based on our past. But how can we change that narrative,” Musanhu highlighted.

She said the commission is mandated to recommend amendment of legislation and one of the issues is the issue of the education curriculum.

“The last function of the NPRC Act talks about recommending legislation changes. There are issues that we have already picked and curriculum review and change is one of the issues that have been highlighted and we have noted it again,” she said.

One of the biggest casualties of the Gukurahundi atrocities, was the Joshua Nkomo led ZAPU party who are still struggling to recover their properties and files which were confiscated by the then government.

The opposition and its military wing, ZPRA, are also furious that the history books being used in schools downplay their contribution and role in the liberation struggle. 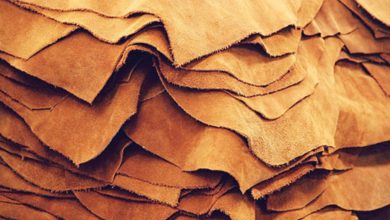