Thokozani Khupe, leader of the other MDC-T faction, is on a mission to de-campaign the rival formation led by Douglas Mwonzora ahead of next month’s by-elections.

Khupe and Mwonzora parted ways last month with the former announcing the party had split into two after accusing the latter of violating their constitution.

While Mwonzora’s faction has fielded candidates in the March 26 by-elections, Khupe’s has not.

The party has since launched a no vote for Mwonzora campaign in which it is discouraging its members from voting for the rival faction in the mini polls.

CITE caught up with the party’s spokesperson, Ntando Ndlovu, who explained what the campaign is all about.

“Indeed the party recently launched the #Beat the pot campaign, No vote for Mwonzora, No vote for ZANU-PF,” Ndlovu told CITE.

“The campaign is asking all women to bring their empty pots to our political activities whereby they will be beating their empty pots using wooden sticks to symbolize the hunger and poverty which they are currently experiencing under the ZANU-PF government. Beating the empty pots shows that there is nothing for the people, they have no food, and hunger is stalking them.”

He elaborated:  “As we speak, teachers are incapacitated and unable to report for duty because our civil servants as a whole are grossly underpaid to the extent that they cannot afford bare essentials. Our economy is highly informalised and so with the hyperinflationary environment we are in, what it means is that all those in the informal sector can hardly sustain themselves.”

He said with elections around the corner, Zimbabweans should be reinvigorated and rethink when they are voting.

“We think that the upcoming by-elections offer a perfect opportunity for Zimbabweans to reject ZANU-PF and its surrogates, the Mwonzora led MDC-Alliance,” he said.

“It’s a no-brainer that Mwonzora’s party is an extension of ZANU-PF, in fact, they are ZANU-PF surrogates. ZANU-PF is using Mwonzora to subvert the will of the people and harass other opposition political players. The sad reality is that in all this Mwonzora is a willing and active participant. Mwonzora’s party is not opposing Zanu PF, instead, they have modelled themselves as an opposition to other opposition political parties.”

The de-campaigning exercise, Ndlovu said was targeted at all the 210 constituencies and 1958 wards adding between now and 26 March, their focus would be those areas that will be having by-elections.

“Our message has been very clear that in the upcoming by-elections, the electorate must overwhelmingly reject Mwonzora’s party and ZANU-PF,” Ndlovu said.

“The campaign has been warmly received by women in the main because the current political and economic situation has left them vulnerable and weakened to undertake their duties as caregivers to children and as backbones of the family institution.  It is in this light that MDC-T women across the length and breadth of Zimbabwe are at the forefront of this campaign and they have decided to say enough is enough, and are now organizing themselves to fight the root cause of their hunger and poverty by mobilizing against Mwonzora and ZANU-PF.”

“The party is harnessing the power of women in mobilizing and organizing to escalate this campaign in all the corners of the country,” he said.

“The president of the party, Dr Thokozani Khupe will soon make an announcement on whom we are urging MDC-T supporters to vote for in the upcoming by-elections because the party is conscious that a complete boycott of the polls will give an advantage to Zanu PF.” 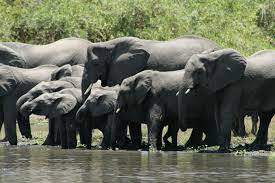