Local authorities have been warned to stop selling land to land barons, who fail to service the stands and take advantage of desperate home seekers.

Minister of National Housing and Social Amenities, Daniel Garwe, indicated that the government was determined to put a stop to land barons who engaged in land-related fraudulent activities and councils who illegally awarded the land.

In the same vein, Garwe said the government was moving to sanitise informal settlement places where people had set up homes by bringing onboard engineers to re-develop and redesign those areas.

“Government has now taken a deliberate and very critical position that land barons must be brought to book. They must dance to the tune or else be kicked out. Going forward, we are also sanitising all informal settlements and the national housing ministry, in collaboration with the Ministries of Local Government, Rural and Urban Development; Home Affairs; Justice and Legal and Parliamentary Affairs,” said the minister who was in Bulawayo, Wednesday, to meet with local authorities from the city and Matabeleland South with their provincial state ministers.

Garwe cautioned the local councils to stop awarding land to anyone who was not a developer, especially if the area was a wetland or for recreational use.

“Desist from greed just because you are employed in the council. Stop dishing land to your relatives and friends. The same applies to giving land to girlfriends, if they love you they will love you. Stop parcelling out wetlands, I don’t know if it’s happening here but in Harare it was. This is a concern to the government,” he said.

The minister emphasised that the councils could continue developing stands as long as it was done legally.

“Let me be clear, this reference applies to selling land to land barons. If you are developing land, we encourage you to do so. Develop and sell in a proper legal manner. The sell of land we discourage is one done nicodemously, knowing fully well that one is not a bonafide land developer and has no capacity whatsoever to develop. That must be discouraged at all costs because selling land illegally is why we have these informal settlements,” he said.

Garwe noted the government was inviting financial developers to work with them to provide much-needed infrastructure.

He, however, revealed that in 2000, the previous government wanted to provide housing but was duped by the private land developers it had invited to assist in the project.

“In 2000, the government invited private land developers and cooperative leaders to come and join them to provide much-needed services and infrastructure. They were given tracts and tracts of land to sell as stands to home seeking people. Alas, what happened is not what we expected,” he said.

The minister said those private land developers and cooperatives, who they now called land barons, decided to take that land for their own use.

“They decided to sell the unserviced land to desperate home seekers, they decided in some instances to double or multi allocate the same piece of land to several people. That created a lot of chaos which we are seeing in every urban right now. We see houses where there is no water, road, sewer, or energy. We are reminded of this due to the fact that in an upper middle economy status, a country must have those services for it to qualify,” Garwe said.

Garwe added that by sanitising informal settlements, the government would not demolish them but would redesign the area.

“We are not going to demolish as said by opposition forces but we are going to bring in planners and engineers to design roads that suit the developments that have taken place. Of course, one or two homes would be sacrificed where a road must be constructed. Be that as it may, those people would be resettled,” he said.

Meanwhile, the national housing minister will today Thursday in Bulawayo launch the regularisation or sanitisation of an informal settlement, sponsored by the National Building Society Bank.

The sanitisation ceremony would be the second in the country after the first one was done Monday in Ruwa, Mashonaland East.

“The launch in Bulawayo is meant to reconfigure, sanitise and regulate all informal settlements,” Garwe said. 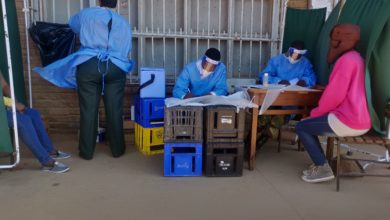