The Public Service Commission (PSC) has given striking teachers and school heads an ultimatum to return back to work by February 22, 2022, or risk being deemed to have resigned from the service.

The PSC has also appealed to graduate teachers, to apply for vacant positions.

This directive comes after the Cabinet instructed the Minister of Primary and Secondary Education and the PSC on Tuesday to “take stern action” against striking teachers demanding better pay.

Last week, the government raised teachers’ salaries by about US$20.

The PSC said teachers and schools’ heads should be back at workstations and teaching by February 22, failure to do so means they would have resigned.

“All those who will have in that manner, so resigned as occupying institutional accommodation are expected to vacate the same with immediate effect.”

The PSC asked that the unemployed trained teachers, university and college graduates in the sciences, engineering, technical, vocational areas and other disciplines who are interested in joining the teaching profession to make sure they are registered at the nearest district education offices for recruitment.

“The recruitment process shall begin soon after February 22, 2022, and those deemed to have resigned shall not be eligible for this recruitment,” said the commission, adding that the government has decided to “now work with those who demonstrate their commitment by performing their duties at all times to serve the nation.”

“The opening of schools has brought to the fore the importance of safeguarding the inalienable rights of every Zimbabwean child to an education as provided for in the Constitution. It is in this context that the Government has in its efforts to improve the welfare of its workers continues to engage with workers representatives in the National Joint Negotiating Council (NJNC),” PSC noted.

The NJNC meeting held on February 11, 2022, according to the PSC welcomed the directive from President Emmerson Mnangagwa to improve the government offer to its employees through a combination of monetary and non-monetary incentives

Some of the non-monetary benefits were that teachers would benefit from school fees exemption to cover three children per family.

Plans were also announced to construct institutional accommodation for teachers at or around the school premises.

“The total would be 34 000 units over a five-year period,” said the PSC, adding the “government shall maintain the current vehicle duty free privilege for civil servants.”

The PSC noted that advancement awards within grades, which had been suspended for some time would be resumed with immediate effect to recognise seniority

“The government notes with concern that in spite of the significant steps it has taken to improve conditions of service working with the Apex council, some teachers continue to absent themselves from work with some reporting for duty but not working,” said the commission.

“This has had the effect of depriving learners of their inalienable right to education as well prejudicing parents of their significant investment in their children’s education.”

This behaviour on the part of some teachers is “more distressing” described the PSC, ‘guilt tripping’ teachers that their strike came at a time when learners had already lost more than a month of learning in 2022 alone due to the Covid-19 pandemic.

“Learners were therefore looking forward to the opportunity to catch up with their studies. Such behaviour cannot be tolerated, as it will have a lasting negative impact on an entire generation. It is in this context that the government is taking these measures,” summed the PSC. 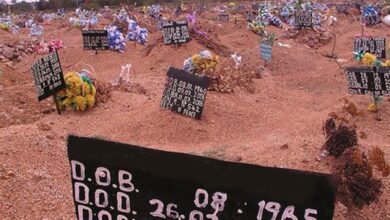