A man from Plumtree has been sentenced to four years in jail after he was convicted of attempting to interfere with police investigations in a case in which 28.5kg of gold was stolen from a Plumtree police station.

Jefat Chaganda (53) was found guilty of persuading state witnesses to shut down their businesses, throw away their cellphones promising to fund them to relocate to an area where they would be out of police reach.

Chaganda, according to the State, was obstructing the course of justice in relation to a case of unlawful entry and theft which is before the High Court under case number (HC) 118/18 where he is jointly charged with police officers, a magistrate and a prosecutor for the theft of 28.5kg of gold.

The court heard that Chaganda approached Sambo Magutshwa and Simangaliso Mpala who are locksmiths with a key symbol embedded on a bar of soap and asked them to cut it out for him.

Bulawayo Provincial magistrate Tinashe Tashaya sentenced Chaganda to four years in jail and suspended one year on condition he does not commit a similar offence in the next three years.

In presenting his judgment, Tashaya said the evidence presented by state witnesses was compelling and incriminating to Chaganda.

Magistrate Tashaya said the accused only raised an alibi that he was in Plumtree at the date in question resulting in the alibi being regarded as an afterthought.

“The court only considers alibis if they are raised during warned and cautioned statements. Accused person only raised his alibi that he was in Plumtree at a later stage thereby nullifying its authenticity,” said the magistrate.

“State witnesses confirmed that accused person did approach them and offered to help them relocate. Their testimonies were in sync giving the court every reason to believe them,” said Tashaya.

“One of the witnesses testified he had met accused person on several occasions thereby eliminating the possibility of mistaken identity,” the magistrate added.

Lawyer Maqhawe Mpofu of Mlaudzi and Partners who was representing Chaganda pleaded with the court to consider a fine sentence since he is a first offender.

The State however, represented by Khumbulani Ndlovu argued that Chagonda deserved a custodial sentence because of the gravity of his offense.

Ndlovu reiterated a fine would trivialise the gravity of the offense.

“Obstruction of the course of justice is too grave an offense which defies the rule of law especially coming from a law enforcer. He knew so well what he was doing that’s why he promised to set them up at a place far from police contacts,” argued Ndlovu.

Ndlovu said Chaganda was arrested on August 18 2018 for unlawful entry and theft and was later released on bail.

“On January 21, 2019, he heard that police had closed in on the locksmiths and recorded their statements regarding how he had cut out a key from them,” said Ndlovu.

He said Chaganda subsequently went to the pair and promised them an undisclosed amount of money if they could shut down their shop and throw away their cell phones so that they could be out of police reach. 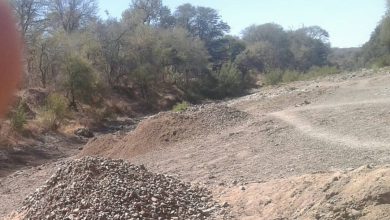