Gay and Lesbians of Zimbabwe (GALZ) has condemned the destruction of its ‘ubuntu’ billboard in Bulawayo by unknown people and described the criminal act as a reminder of the intolerance that is alive in the country.

The organisation that represents the interests of the lesbian, gay, bisexual, transgender, intersex and queer (LGBTI) community in Zimbabwe had a billboard put up along Plumtree Road in Bulawayo inscribed with the message, “Umuntu, Ngumuntu. Dignity, Rights and Respect for all Zimbabweans.”

But on October 26, 2021, GALZ received a report that the billboard had been vandalised with graffiti saying ‘2023.’

GALZ Director, Chesterfield Samba, told CITE that the alleged perpetrators had a problem with the organisation, as the billboard messaging was not offensive.

“A report was made with Donnington Police Station. The problem is not the messaging on the billboard but it’s someone who has a problem with GALZ, which is regrettable. We will come out stronger and bolder,” he said.

“GALZ holds in contempt any person resorting to primitive acts of violence when putting across their point of view. GALZ messaging represents strong advances in the battle for freedom of expression in Zimbabwe.”

Samba noted that such vandalism indicated the levels of intolerance that existed in Zimbabwe.

“GALZ does not condone any acts of violence and this act only reaffirms our belief that the message has been received and it further emboldens our quest to keep pushing boundaries and expressing ourselves in ways that will contribute to ending a culture  of hate, intolerance and impunity in Zimbabwe.”

He added that GALZ did hold awareness campaigns and activities that target communities to educate, promote and protect the human rights of LGBTI people as equal citizens in Zimbabwe.

Same sex relationships in Zimbabwe are banned by Zimbabwe’s constitution and the threat of jail is reportedly real as those who indulge can face up to 14 years imprisonment.

Beyond jail, there is the everyday lived experience of discrimination, violence and hate crimes with which LGBTI people must face from their societies.

Samba emphasised that GALZ condemned all acts of violence and urged the police to investigate the matter.

“We condemn all acts if violence and we implore the police to deal with all proponents of violence according to the laws without fear and favour,” he said.

When contacted for a comment about the incident, Bulawayo Provincial Police Spokesperson, Inspector Abednico Ncube, said he was yet to receive a report on the incident.

In 2011, the Sexual Rights Centre which advocates for the rights of key populations including the LGBTIQ community donated 20 bins to the Bulawayo City Council (BCC) but the donation raised the residents’ ire.

The 20 bins that were dotted around the city were later defaced while some disappeared the following day.

Political will key to success of free primary education  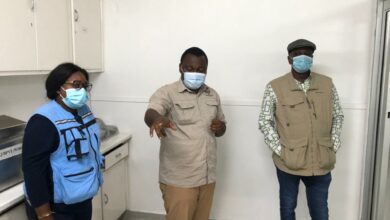