The High Court on Friday dealt a huge blow to Vice President Constantino Chiwenga ruling that his estranged wife, Marry be allowed onto their matrimonial home, where she had been barred by the military and that she gets custody of the minor children.

High Court judge, Justice Christopher Dube-Banda interdicted Chiwenga from interfering with Marry’s access to the couple’s property, 614 Nick Price Drive, Borrowdale Brooke, Borrowdale Harare and that she gets custody of the couple’s children.

Chiwenga had argued that some of the cars belong to the state, while one of the cars was given to him as an escort car for the children and Marry could not claim them, but Dube-Banda ruled that the case of ownership did not arise yet, as this was a spoliation order.

In addition, Chiwenga was ordered to pay Marry’s costs on a punitive scale.

The courts also ruled that it would not hear any of Chiwenga’s cases in relation to the matter until he complies with its order or until he “purges his dirty hands”.

Marry had approached the courts after members of the military had barred her from entering her matrimonial home following her release on bail after she was arrested on several charges including attempting to murder Chiwenga and externalisation of foreign currency.

Dube-Banda took exception to this, stating that in the absence of a court order, it was illegal to evict Marry from the property.

“To my mind, she may move out of the property either by her consent or after the conclusion of due process,” he ruled.

“She cannot be refused entrance to the matrimonial home by members of the military. In fact, it is unacceptable and an anathema to the constitutional values of this jurisdiction that the military may be used to settle a matrimonial dispute.

“This is frightening and undermines the values inherent in our constitution, which are the rule of law, supremacy of the constitution, gender equality, fundamental human rights and freedoms, and good governance.”

Dube-Banda said what happened to Marry must be a cause of fear and concern to all law-abiding citizens in the country.

He said in such cases the courts must step in to protect the weak, as in a constitutional democracy there cannot be a law for the powerful and the weak.

The judge also said he found that Marry was barred from accessing Orchid Gardens, a business enterprise that she owns, by members of the military.

Chiwenga had argued that because of his position, the property was guarded, but Dube-Banda said the soldiers were not guarding the property against Marry and as a spouse, she had a right to access it.

“The guards must keep to their lane,” the judge ruled. “And respondent, if he does not want the applicant to access the property, like any other person, he must deploy due process of the law.

“Not to take the law into his own hands. I repeat, such conduct is anathema to the rule of law.”

Dube-Banda reiterated that everyone, regardless of their station in life, is subject to the law.

Chiwenga and Marry are embroiled in a nasty break up, which has seen the latter accused of attempted murder and externalisation of foreign currency.

Marry was incarcerated between December 14 and January 6, when the High Court finally granted bail and ordered to reside at their matrimonial home in Borrowdale.

However, when she went there, soldiers barred her from gaining access to the property, leading her to approach the courts.

Chiwenga had argued that Marry was told not to interfere with witnesses, meaning she could not reside with him, but Dube-Banda said a court order was needed for this and she must not be evicted. 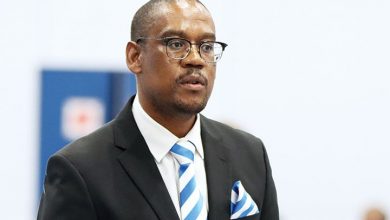