Former Zimbabwe People’s Revolutionary Army (ZPRA) veterans have accused the government of deliberately leaving out some of their contributions to the recently signed Veterans of the Liberation Struggle Act.

The Veterans of the Liberation Struggle Act, which seeks to provide rights and benefits to veterans of the liberation struggle and their dependents, was signed into law by President Emmerson Mnangagwa last month.

But to their surprise, the former ZPRA cadres said they discovered the act had a lot of missing gaps, as some of the issues that sailed through the Senate were not included in the final document.

The former freedom fighters are also angry that they were sidelined by the Ministry of Defence, Security and War Veterans in a process to choose board members to preside over the affairs of war veterans after the deadline for selection lapsed on October 5, 2020.

The ex-ZPRA cadres were forced to petition parliament about the veterans’ act and also voiced their opposition with the defence ministry, which has now extended the selection period for board members.

Addressing the Bulawayo press, Wednesday, ZPRA Veterans Association, Secretary-General Petros Sibanda, lamented the veterans’ act failed to incorporate all their submissions yet members were mobilised in their numbers to participate in the crafting of the law.

“Our petition was done on September 17, 2020 and was received on September 21, 2020. It was read in Parliament on October 6, 2020 and will be submitted to the relevant ministry to consider our concern.”

Sibanda noted ZPRA had concerns on the non-combatant cadres’ category.

The secretary general said this clause would disadvantage quite a number of ZPRA comrades who were based in these omitted countries should the vetting exercise resume.

ZPRA also has a problem with the act’s definition of ‘transit camps’ as the clause is vague and open to abuse.

“We are saying the act must be clear and specify that a transit camp was temporary accommodation of any person who crossed Zimbabwe’s borders for the purpose of participating in the liberation struggle,” Sibanda said.

“The act must cater for those who crossed Zimbabwe’s borders for the purpose of participating in liberation struggle but due to circumstances beyond their own control did not receive military training and remained in the transit camp in Mozambique, Botswana, Zambia, Angola, Tanzania and other countries until November 29, 1979.”

Sibanda added that they discovered there was a letter circulating in late September signed by the Defence Minister (Oppah Muchinguri) on the selection of war vets’ board members yet the association did not officially receive communication.

“We went to Mhlahlandlela in Bulawayo until we contacted the ministry’s office in Harare and after our communication and agreements they are now looking into it. The cut-off date for submission for those interested in becoming board members was October 5, 2020, but has been moved forward,” Sibanda said.

ZPRA veterans association spokesperson, Buster Magwizi, described these omissions as deliberate to exclude them from participating and benefitting.

“This letter was submitted to other associations minus us, which I believe was a deliberate move to suffocate us in terms of time frame and spaces so our submission would be probably watered down. We are not happy about this, we want to register serious concern,” he said.

“We are a registered organisation and we should have been mailed first time with other associations who received the same communication, although ofcourse we have been given the latitude to stretch the time frame due to our pressure. If we had not done that, we would have been left out.”

Magwizi said ZPRA was a liberation force and should be treated as such.

“We want to be visible, make sure people know ZPRA existed before ZANLA, existed before Zanu and now continues existing in force. ZPRA is the force that liberated this country,” he noted. 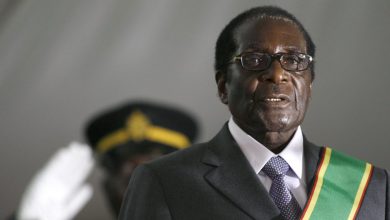 ZAPU creates taskforce to look into immigration crisis in SA