CHIZARIRA Wilderness Binga community Lodge was razed to the ground on Monday afternoon after a villager failed to control the fire that she had set to clear her fields.

“It was impossible for her to alert other villagers from her field because of her age and speech impairment as she cannot talk, so she had to deal with the flames alone until we saw flames and smoke after midday and it was already too late because the flames had rolled over five kilometres reaching to the lodge.”

Mudenda said saving the lodge was impossible for the villagers as it was secured and had been closed prior to Covid-19.

“The lodge had not been operating before Covid-19 due to economic meltdown so there was no one there to control the fire and the gate and rooms were also locked so we couldn’t get in to take out some things. Villagers in my ward tried to bring the fire down but it was not easy because the grass and trees are dry so it was easy for it to move,”

“The thatched chalets and furniture inside was too burnt to ashes, staff houses, the manager’s house and the parking garage was also burnt down. We are still at the scene to assess the damage, but this is a great loss to my community because this lodge was built for us by a group of white men who used to run Ilala lodge in Victoria Falls.”

Mudenda said no villager was harmed in the process of quelling the flames.

The lodge had transformed many villagers’ lives through employment and selling of artefacts to tourists.

The lodge was previously owned by Rob Gee and JS Brown. 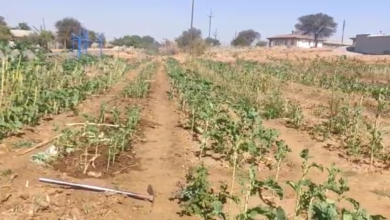 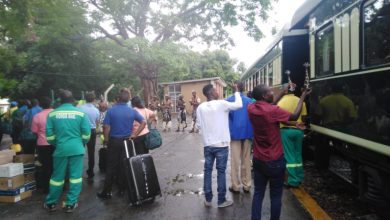