Delegates at the ongoing African Elephant Conservation conference at the Hwange National Park will use the platform to amplify calls for the lifting of the ban on ivory trade.

The conference which started on Monday will run until Thursday, under the theme: New and Better Deal for Elephant Conversation, Tourism, Rural Communities in key African Range States.

Zimbabwe and other African countries are lobbying for the lifting of the ban on ivory trade ahead of the Convention on International Trade in Endangered Species of Wild Fauna and Flora CITES meeting set for November.

While giving his welcome remarks, permanent secretary in the Ministry of Environment, Climate, Tourism and Hospitality Industry, Munesushe Munodawafa said Zimbabwe amongst other African countries was battling a ballooning elephant population, with depleting natural resources, worsening human-wildlife conflict, which has claimed 35 lives in Zimbabwe this year alone.

Munodawafa said there was growing concern on why wildlife conservation efforts were not benefiting indigenous communities and said the conference should propel conversations that will help turn the tide at the CITES Cop19 summit.

“We should brace ourselves for difficult engagements ahead of us. As African elephant range states, we hold a key position that will influence the agenda items to be placed before the CITES secretariat by Friday 17 June 2022,” said Munodawafa.

“It is essential that we immediately get to the task at hand so that we all understand why we are meeting over the next few days. Zimbabwe, as a signatory to the CITES, agrees with the premise that trade in an endangered species should be regulated. In most of our countries, we have strict protocol regimes that we follow in managing, trade disposal, and storage of products such as ivory.

Through state public-funded management systems, the government largely funds the conservation efforts and allows consumers of the products, be it through aesthetic tourism, and use of some products.”

He, however, added that growing community voices were questioning why indigenous communities were not getting any proceeds from wildlife, while they were often not compensated for the effects of human and wildlife conflict.

“The elephant economy, just like the general wildlife economy, has not benefitted local people. This is concerning to us because trade is not a danger to elephants, but habitat loss, and conflicts with humans. Governments of elephant range states are faced with social and political pressures on why elephants are prioritized over their own lives and livelihoods.

These are pertinent issues that are difficult to address in a balanced manner and CITES should be helpful to allow trade that will have spinoff on elephant conservation. It is vital to state that we have enormous weight and expectations from our people on elephants and any decision outcomes from the CITES agenda,” said the perm sec.

Last year, human and wildlife conflict claimed over 60 lives, with elephants, crocodiles and buffalos being the top problem animals.

Zimbabwe has a total carrying capacity of 45 to 55000 elephants but currently has over 88 000, with more than half the population at the Hwange National Park.

The country has the second-largest elephant population in the world, following Botswana. 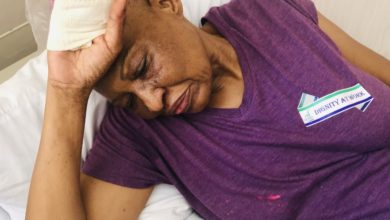