The launch has been slated for December 7.

The foundation was formed last year in July and seeks the emancipation and capacitation of people for an independent, well governed and self-reliant continent with empowered citizens.

It also seeks to encounter the various ills of post independent abnormalities that weaken people’s social, economic and political fiber.

In a statement, Mthulisi Hanana Director of DDF said the foundation was set up in preparation for Dr Dabengwa’s retirement from active politics.

The official launch of the foundation will happen together with the Inaugural Dabengwa Foundation Ihawu Awards which celebrate heroes from the liberation struggle to date.

“These are awards given to our everyday heroes dating from the days of the Liberation struggle to date,” said Hanana.

“The awards seek to celebrate, honor and recognize the efforts by ordinary Zimbabweans in the preservation of the ideals of the Liberation Struggle.”

He said there will be different stakeholders representing various entities attending the official launch.

“In attendance will be Representatives of the Government, Ambassadors, leaders of liberation war and guerrilla movements, members of the Zimbabwe National Army, members of the Zimbabwe Republic Police, Civic Society Organizations, International and Regional Political Foundations, various Commissions in Zimbabwe, the business community, Universities, leaders of political parties, media practitioners and the general public,” said Hanana.

The foundation’s official launch was set to occur before the 2018 harmonised elections before it was postponed. 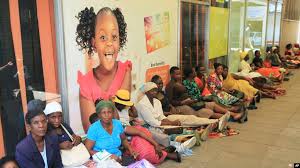