The Johannesburg Society of Advocates (JSA) of South Africa has thrown its weight behind Zimbabwean lawyer Beatrice Mtetwa who was barred by a Harare magistrate from representing investigative journalist Hopewell Chin’ono.

This followed an application by the State represented by prosecutors Whisper Mabhaudhi and Tendai Shonhayi, that Mtetwa had been disrespectful of the court and had also made derogatory comments about the court through her Facebook page: Beatrice Mtetwa and the Rule of Law.

On Tuesday Magistrate Ngoni Nduna granted the order “disqualifying “Mtetwa from representing her client, journalist – Hopewell Chin’ono in his bail rehearing and directed the Prosecutor General to consider prosecuting for contempt of court.

But the JSA says a careful reading of the Magistrates Ngoni Nduna of the Harare Magistrates Court who made the ruling suggests this was an instance of judicial overreach.

“In making the disqualification ruling Magistrate Nduna was at pains to note that the application was not one seeking to hold Mtetwa in contempt of court and the ruling makes no order that Mtetwa is in contempt.

“Instead the ruling relies upon an earlier case (Symth versus Ushewokunze 1997 (2) ZLR 544 (s)) dealing with a legal principle empowering a court to disqualify a prosecutor who has failed to comply with the unique and specific duties of impartiality and detachment that apply to legal practitioners exercising that office. The same duties do not apply to ordinary legal representatives especially those representing accused persons,” said the JSA through its statement released Wednesday.

The JSA said Mtetwa is a leading human rights lawyer in Zimbabwe and is a longstanding friend of the Johannesburg Bar.

The basis of the ruling, said JSA is the Facebook page of a United States based film maker Lorie Conway entitled “Beatrice Mtetwa and the Rule of Law” which takes its name from a documentary Conway made about Mtetwa.

JSA said despite Mtetwa’s confirmation that she does not operate the Facebook page and has nothing to do with the comments on it the court found that the page relates to Conway’s documentary that was “profiling Mtetwa and her alleged prowess in court in Human rights
related cases.”

Magistrate Nduna had said Mtetwa “obviously authorised and approved the Facebook page coming into existence” and “cannot wash her hands like Pontius Pilate of the Bible.”

In addition to these findings, Magistrate Nduna considered Mtetwa acted inappropriately in writing a letter to the court containing legal submissions.

JSA said it is apparent Magistrate Nduna did not consider the evidence sufficient to conclude that Mtetwa was in contempt of court.

“Nor is there any basis in the facts referred to in the ruling to make such a claim. The allegation hat Mtetwa has committed unethical conduct should be properly investigated in accordance with fair procedures for dealing with allegations of misconduct by legal practitioners,” said the advocates.

“In view of the questionable legal and factual basis of the allegations, it is unbecoming of the prosecutors in this matter to have launched an application of this nature in circumstances where it was plainly intended to deprive an awaiting trial prisoner of legal representation buy his chosen lead counsel.”

Apart from the questionable factual and legal basis of Magistrate Nduna’s ruling, the JSA said it was disappointing that concerns for the rights of the accused did not appear to have featured in any way in the Magistrate’s consideration of the matter, “let alone given pause for thought in extending the duties of the prosecutors to the defence counsel.”

The JSA noted it will continue to stand in support of lawyers including Mtetwa, to represent those seeking to exercise their democratic and constitutionally enshrined rights to express criticism of the government of Zimbabwe.

“It is crucial that courts and court officials should maintain their independence and impartiality in such matters and not abuse their positions or act outside of the bounds of their authority to trample on the human rights of litigants, especially arrestees. These matters go to the heart of the rule of law and constitutional democracy,” said the advocates. A week ago, the JSA also publicly disapproved of the conduct of the government’s crackdown on dissent and arrest of opposition activists, including journalists and a number of lawyers on a variety of charges. 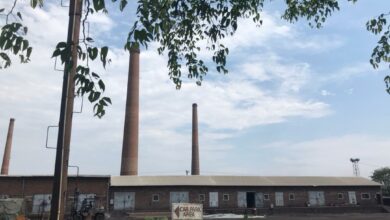