The government will next year compensate bank depositors and pensioners for losses they incurred during the local currency reform process when financial authorities made a U-turn on the 1:1 exchange rate between the United States dollar and the bond note.

In February 2019, the Reserve Bank of Zimbabwe introduced a market determined exchange rate through the Monetary Policy of (SI 33 of 2019).

That entailed a transition from exchange rate of US$1:RTGS$1, initially to US$1: RTGS$2.5 and thereafter determined by the interbank market activities.

Ncube said the resources would be administered by the Deposit Protection Corporation (DPC).

“Similarly, the above development affected pensioners, with the transition causing losses for pensioners as at 20 February 2019,” Ncube said.

“They (pensioners) too will be compensated with resources equivalent to US$75 million, which will be co-managed by Government and the Insurance Pension Commission(IPEC). This arrangement excludes recommended compensation under the Smith Report.”

The treasury chief also said the implementation of the Commission of Inquiry’s recommended compensation framework for loss of value suffered during the pre-2009 period was slowed down by the 2019 currency reforms.

“However, the Insurance and Pension Commission (IPEC) has registered significant progress on implementation of the compensation schemes in response to 2019 currency reforms through ensuring an equitable allocation of revaluation gains arising from currency reforms.” 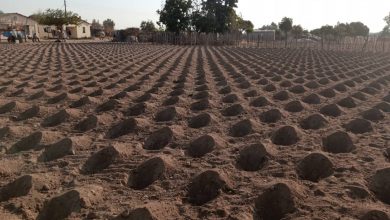