A Covid-19 survivor, Zifiso Masiye says some cultural practices are a hindrance in the fight against the deadly respiratory disease.

In the African culture, funerals usually attract a lot of people who congregate to pay their last respects to the deceased and to console the bereaved family.

As part of regulations to limit the spread of Covid-19, the government has limited the number of people attending funerals to 30.

Speaking during the Breakfast Club, about how his family won the battle of Covid-19, Masiye said Covid-19 preventative measures are often ignored in such gatherings.

“The funeral wakes in my view have become potentially biggest super spreader as the culture and the science of the disease are clashing because our people want to interact, it is the African way of doing business, we need to meet face to face, we need to shake hands, so particularly where we have funerals and these very emotionally charged African events to talk about a mask you are joking,” said Masiye.

“People will have a mask for an hour or so, as they proceed with the conversation, with the function they throw away the masks.”

He said the level of denial of the existence of Covid-19 within communities is shocking as people bring down those who follow the pandemic protocols.

“We went to a funeral wake with my wife in Luveve suburb when my grandmother died, we were the only ones in a crowd of 60-70 with masks on and you could see the eyes and the kind of talks, ‘so you think you have money’ so you wont even spend the 15 minutes with that mask on because you are simple off track, eventually you have to reap your mask off and join everyone else.

“People are killing themselves, you try and speak out and the crowd simply drowns you, so the level of disbelief, the level of denial within the communities is absolutely shocking, so we have got those dynamics that really pull the whole attempt to stop this thing exploding,” he said.

Masiye also added that the level of preparedness by Institutions terrifies people battling with Covid-19.

“And then you have got this situation where you are terrified by  the level of preparedness by the Institutions,  the moment you get more and more breathless  and you know that at some point you might need oxygen that is not  available in the home, I might need a ventilator that is not available outside hospitalisation and you check the availability of ventilators in our Institutions then you realise that you are so close to death because as soon as you need hospitalisation, the  potential for death rises from 50 to 90 percent,” he said.

“I keep saying to people we are really on our own as citizens and the level of incapacitation of government, of council, of the health institutions is shocking, we might have access to a few facilities perhaps because you may be better off than the rest of the community but the rest of the community is so vulnerable, so exposed, its scary, life is so short and brutish when you think of it.”

He noted that “the institutions are simply not ready. I was watching the other day the Mayor was talking about receiving a ventilator from his counterpart in Harare and saying this brings to four, the number of ventilators that we have got at Thorngrove, we have a population of close to a million people,” said Masiye.

Masiye said there is a need for communities to assist each other as institutions are not ready to handle the pandemic. 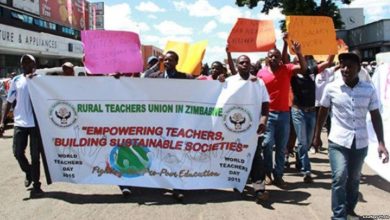