Almost all farms have been distributed in Zimbabwe, including those where farming is not taking place, Lands, Agriculture, Fisheries, Water, Climate and Rural Resettlement Minister, Anxious Masuka, told Parliament yesterday.

Masuka was responding to questions from legislators who demanded to know the number of people who have been given offer letters and those looking for land to date.

“Allow me to repeat: as of now, most of the land has been distributed,” said Masuka.

He explained further:  “Firstly, we are making a follow-up on those who have more than one farm. We refer to them as multiple farm owners.  We are following up also on those who abandoned their farms.  We also take note of those who are underutilising their land. We take action on derelict farm owners.”

The Minister is currently embroiled in a land grab case where the government where some senior government and state security officials are trying to take over Esidakeni farm in Nyamandlovu, Matabeleland North, which is co-owned by Siphosami Malunga, director of Open Society Initiative for Southern Africa (OSISA), businessman Charles Moyo and scientist at National University of Science and Technology (NUST) Zephania Dlamini.

In a state gazette, Masuka said the farm measuring 553 hectares and situated is being compulsorily acquired under section 72(2) of the country’s constitution, attracting widespread condemnation.

The matter is currently before the courts.

Masuka added that the demand for land had risen in the country.

“Those whom we gave farms in A2 are only 20 000.  We are now looking at downsizing farms and redistributing to others. The opportunity to get a farm is very slim as of now.”

He further explained how farms are distributed in the country.

“This is how we distribute these farms: you go to the District Lands Committee to register your name,” he said.

“The Committee will sit down and deliberate on the issue on where they can actually give someone land.  They will take that to the Provincial Lands Committee. Then the Ministry will also closely look at it and the Minister will give an offer letter. It does not then mean that someone can just wake up and get a farm. It takes a very long period, depending on where there is a place which is vacant.”

The lawmakers were, however, not satisfied and demanded that Masuka brings the outstanding statement containing details of how the land has been distributed of late.

“That list is nearing completion and I will be able to submit it by next week.” 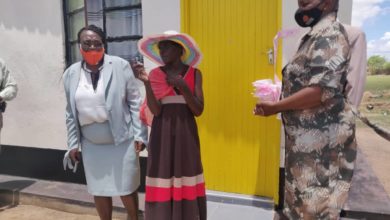