The World Health Organisation (WHO) says many countries are headed in the wrong direction as the world continues to battle the novel Covid-19, insisting that there would be no return to the “old normal” for the foreseeable future.

Revelations by WHO come at a time when Covid-19, which broke out in China late last year before spreading to all over the world, has so far infected over 13 million and claimed over 500, 000 people across the globe.

Zimbabwe has to date 1034 confirmed cases of coronavirus, which has claimed 19 lives in the country.

The country, just like many across the continent remains on a rather relaxed Level 2 Lockdown, having initially imposed an intense 21-day national lockdown on March 30 to curb the spread of the pandemic.

Briefing the media this week, WHO Director-General, Dr Tedros Adhanom Ghebreyesus, said unless countries tightened screws on the fight against Covid-19, disaster was inevitable.

“Let me be blunt, too many countries are headed in the wrong direction,” saidGhebreyesus.

“The virus remains public enemy number one, but the actions of many governments and people do not reflect this. The only aim of the virus is to find people to infect. Mixed messages from leaders are undermining the most critical ingredient of any response.”

Ghebreyesus added: “If populations do not follow the basic public health principles of physical distancing, hand washing, wearing masks, coughing etiquette and staying at home when sick; if the basics aren’t followed, there is only one way this pandemic is going to go.

“It would appear that many countries are losing gains made as proven measures to reduce risk are not implemented or followed,” Ghebreyesus bemoaned.

The epicentre of the virus, Dr Ghebreyesus said, remains in the Americas, where more than 50% of the world’s cases have been recorded.

He, however, said it was not too late to bring the virus under control, even if there has been explosive transmission.

‘WHO is committed to working with all countries and all people to suppress transmission, reduce mortality, support communities to protect themselves and others, and support strong government leadership and coordination,” said Ghebreyesus. 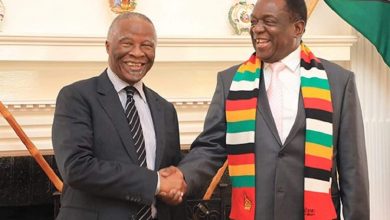