The government should have set up an independent body to manage COVID-19 funds to foster transparency and accountability, a former cabinet minister, Dr Gorden Moyo, has said.

Dr Moyo, former State Enterprises and Parastatals Minister in the coalition government, which expired in 2013, raised the issue during the Zimbabwe Coalition on Debt and Development (ZIMCODD) meeting on public resource management in the era of COVID-19 on Thursday.

A number of local and international organisations have been donating both financial and material resources to Zimbabwe since the outbreak of the pandemic, with most handovers being held at State House.

Dr Moyo said it was regrettable that the global pandemic found the country and its institutions not ready for a crisis.

“This government was supposed to set up an independent fund, an independent trust to mobilise resources, manage resources, to administer resources, to parcel out resources to the rest of the country rather than having donations, grants, contributions made at the state house without records, without accountability and without transparency,” said Dr Moyo.

He said the abuse of COVID-19 funds could not be ruled out in the absence of an independent body to administer them.

“I think we are going to have a momentum abuse of those resources and at the end of the day.”

Dr Moyo said he had expected the President Mnangagwa administration to come up with that independent body given claims that it is a second republic that listens to the people. 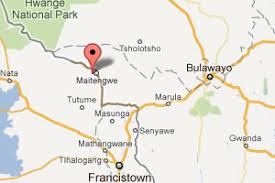