Thousands of residents in Hwange Colliery Company concessions are in danger of contracting Covid-19 and waterborne diseases due to an ongoing water crisis and overcrowding.

Residents are reportedly resorting to fetching water from unprotected sources such as burst pipes while open defecation is rife.

Greater Whange Residents Trust said the water crisis has been prevailing for the past 10 years while describing the use of communal toilets as dire and colonial.

He said the organisation would engage the district Covid-19 task force to address the problem.

Last year the residents filed an urgent application to compel the company to provide clean water to its residents.

“Last year, at the beginning of Covid-19, we approached High of Zimbabwe to force Hwange Colliery company to provide clean and potable water to the community as a way to fight coronavirus pandemic, but unfortunately the court said our matter is not urgent but use the ordinary process to sue the company,” added Chima.

Residents who spoke to CITE said they were now forced to collect water from unsafe places such as burst pipes.

“We are in trouble here, water availability is a serious challenge that we face every day. We have at times gone for days on end without water and since the authorities don’t provide alternatives such as a water bowser we are forced to fetch water from unprotected sources. The toilets go for days without cleaning due to the unavailability of water forcing people to practice open defecation,” said Miriam Nyoni of No. 3 concession area.

Another resident who refused to be named for fear of reprisals said they were forced to live in one room with family members due to poverty.

“The economic situation has really hit us hard as it has left us with no choice but to share a room with family members. In some cases, a single room would house a family of 5 and this is because of the obtaining poverty levels. The colliery is the only alternative that offers affordable accommodation and a lot of people are forced into the available one or two-roomed houses. There is nothing we can do about it.”

The task force recently raised an alarm on the water and situation prevailing in some parts of the concession arguing that the conditions were breeding ground for the spread of the virus.

“We have a worrisome situation obtaining is some parts of the Colliery concessions where water is not available and there is an element of overcrowding. Such conditions give rise to the spread of infections especially Covid-19. Hundreds of people share toilets and in the absence of water. Imagine a situation where a family is sharing a single room where one person is positive so the need for the quarantine centre,” said one member of the task force.

The government has since ordered the task force to identify a quarantine facility as well as operationalise the isolation centre following a surge in cases.

The Colliery staff and residents from the concession have been testing positive to the virus prompting authorities to increase testing, surveillance and contact tracing. Mass vaccination has also begun in the mining town with most sites recoding a low turnout.

Efforts to get a comment from the company’s spokesperson, Dr Beauty Mutombe were in vain as her mobile phone went unanswered.

However, speaking on condition of anonymity an official from the Estates department which manages the company’s properties said broken down pumps and ageing equipment was the major cause.

“As you may be aware the company’s fortunes started to dwindle some 14 years ago and that resulted in failure to service critical equipment such as pumps and pipelines. Age has taken a toll on most of the equipment which is over 50 years old as evidenced by the leaks you see along the pipeline from our pumping station at Zambezi River to the residential areas. We are overwhelmed in terms of repairing the numerous leaks taking into consideration that the company is broke but we are doing our best under the circumstances.” 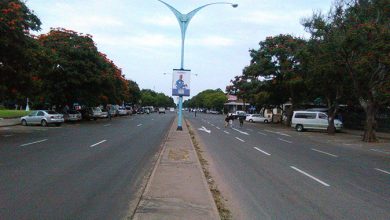