The City of Bulawayo has moved quickly to provide city fathers with offices to conduct their business in their respective wards following an outcry that they were forced to conduct council business from their cars due to lack of offices.

Last month Councillors tasked the local authority to avail adequate office space and resources in order for them to efficiently execute their duties.

In response, the council has allocated Ward 5 Councillor Felix Mhaka an office as he has been working from his car.

According to the latest Finance and Development committee minutes, it was resolved that Mhaka would occupy office space at Famona Municipal Sports Club where Council will pay $150 monthly rentals.

“Discussion ensued and the City Valuer explained that Stand 8009 Famona was a Municipal Sports Club and the department had identified some suitable office space which could accommodate Councillor F. Mhaka since he did not have an office to operate from.

“The property was on a 99-year lease and the club’s management had agreed to lease out the office to Council on a monthly rental of RTGS$150 inclusive of water and electricity,” read part of the minutes.

Councillors, however, were against the idea of using the ward retention fund to renovate the offices as they felt it was the Council’s duty to do so.

The Chamber Secretary Sikhangele Zhou advised that the monthly rental of RTGS$150 would offset the club’s rates account by that amount. 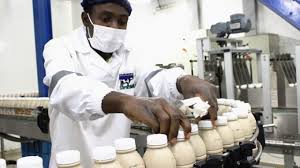 ZESA forges ahead with destruction of cooling towers despite resistance