Bulawayo Councillors are angry at the slow pace in which Egodini Mall project is taking shape, saying the first phase should have been ready for commissioning this November.

However from the looks of things, the commissioning seems unlikely, as developers missed the deadline citing high costs of services, as a reason for the delay.

Councillors together with Bulawayo mayor, Solomon Mguni, toured the construction site on Wednesday and expressed their displeasure at how slow the project was moving.

In an interview, the mayor lamented that there was not much progress on the construction site.

“Generally, there is not much progress on construction. The contractors are citing economic hardships yet the developers told us they had budgeted US$60 million for the construction,” Mguni said.

“Councillors are not happy with the lack of progress because the first phase was supposed to be commissioned by end of November 2019.”

The mayor said the only significant progress made was excavations and landscaping works.

“Plumbing and electrical works have started albeit at a slow pace and there is no construction of major projects yet. All excavations and landscaping works are 95 percent complete while the contractors have been on site since April 2019.

“We also noted that plumbing and electrical works are now 50 percent done. The contractor told us the structural components are fabricated in South Africa and would be delivered into the country in February to March for mounting.”

He acknowledged that the hyper-inflationary environment was a setback, which dented progress but still council expected construction to have picked up.

“We remain hopeful that whilst the contractor has missed the November 2019 deadline to commission the first phase, with the appraisal given to councillors, it is still possible to finish the project within three years as previously advised,”said Mayor Mguni.

In 2016, Terracotta Trading Private Limited won a US$60 million tender to redevelop Egodini – Basch Street Terminus under a Build Operate and Transfer facility.

Terracotta only moved onto the site last year in March, where Phase One of the project saw vendors and public transport operators relocated to parts across the central business district.

Ward 9 Councillor Donaldson Mabutho, described the situation as a ‘big letdown’ by the investor.

“We were promised that by November the first phase will be ready for commissioning. The next step is for council to meet and map way forward especially looking at how to deal with high volumes of transport and the stampede that takes place for parking or loading areas in the CBD,” he said.

Mabutho complained that the economic situation in the country had negative impacts, as project were facing challenges while investors became more uncertain.

“I understand the investor is monitoring the economic situation happening here in Zimbabwe because of such negative impacts and in the bigger picture investment prospects are also affected. Our economy is unstable and no investor would want to keep pouring money in an uncertain economy. As councillors, we however appreciate what the developers have done, having explained to us their challenges,” said the councillor. 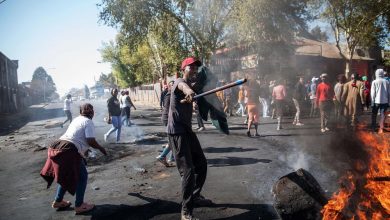 Lockdown: Menstrual health must be prioritised