Migrants in South Africa feel the government can do more to address and arrest the xenophobic violence taking place, amid fears that if no concrete action is taken it could spark an outbreak of attacks amongst other Africans countries.

In the past week, threats of violence against migrants, Zimbabweans included, in South Africa, have escalated to alarming levels while attacks on truck drivers identified as foreign nationals are also on the rise.

“We are very worried and we need to say this emphatically, we think the South African government is not being genuine in the manner it deals with these issues. The government should have prepared long ago and stopped this,” he said in an interview with CITE.

Dr Sibanda urged the South African authorities to step up and avert a crisis.

“The South African government needs to provide leadership at this stage so that we avert a very serious problem that could trigger bad relations across the continent. Authorities should have arrested the people in charge of this violence,” said the activist.

He warned that if unsolved, violence could arise across the SADC region and perhaps in all African countries where unsuspecting South Africans could also be attacked as payback for those migrants attacked in their country.

“We have seen already messages on social media to that effect where groups of formations are actually saying should anything happen, we are going to attack South Africans across the globe including stopping vehicles that are registered in South Africa from doing any business.”

Despite the increasing attacks on foreign truck drivers, Dr Sibanda claimed members of the South Africa’s All Truck Drivers Foundation (ATDF), which has been linked to the deadly attacks had not been arrested.

“Even the Alexandra group evicting people out of houses has not been arrested but authorities know these groups even if they distance themselves from the violent activities, they should be taken to task,” he said.

Dr Sibanda noted that South Africa is on knife’s edge given the extensive vitriol against migrants seen on social media.

“These are signs that violence will break out. At 3am Sunday (September 1), trucks were burnt along the N3 route to Durban. During the course of the day, another truck was burnt again in Pietermaritzburg. We all know this is happening curtesy of ATDF,” he said.

He added that it was worrying that the government had released a message to the effect that they had negotiated with ATDF.

“We are very concerned to start with because government cannot be negotiating with groups that are terrorising people.”

The ADF chairperson said ATDF is an informal group that had no mandate to tell companies on how to conduct their job of policing labour.

“They must not take the law into their own hands to attack people or give companies ultimatums to stop employing people because they know nothing about those laws. Either they take the companies to court or take government to task,” Dr Sibanda explained.

He also chided South Africa’s Department of International Relations and Cooperation officials (DIRCO) for failing to meet with diplomats and ambassadors over the situation.

“DIRCO was supposed to meet with diplomats and ambassadors yesterday (Saturday) but in the last minute called off that meeting. That again appears very suspicious because it shows DIRCO did not want any engagement before anything happens fearing reprisal from people,” said the chairperson.

Dr Sibana said as an organisation what ADF could do was simply to encourage migrants to stay safe.

“Migrants should avoid places that are hotspots for Afrophobia such as Soweto, which tends to be very bad or White City, Dlamini, Atteridgeville, Mamelodi and various other places. We also encourage migrants to visit others, move away from areas where they are few, as it is easy to be attacked or probably injured before police arrive.

“We also encourage people to go find shelter at the police station, stay there until there is calm. We have seen also quite a few embassies encouraging people to be very careful and not to go to work including the trucking companies so we are also doing the same,” said the activist. 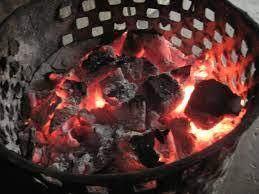 Byo people do not support own artists: Minister 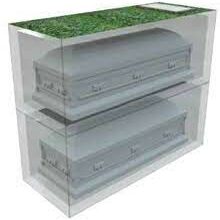