Youths of Bulawayo have expressed a desire to forego their political affiliations but actively work together in preparations for the forthcoming elections in 2023.

This consensus was reached at a youth meeting held Wednesday in the city under the hospice of the Dumiso Dabengwa Foundation.

The agenda of the meeting was to gather perspectives made by the youth, a year after elections.

In 2018, the election was highly publicised as a “youth vote” as it witnessed an influx of young registrants, most first time voters, who constituted above two thirds of the total number of registered voters.

In voicing their thoughts, young people expressed a need to desist from fighting one another because of political party affiliations.

They observed that instead of fighting each other over political party agendas, they should work together to implement visions from progressive minds.

Chief Executive Officer of Mazibisa Inc, Nkosana Mazibisa said young people must actively participate in electoral processes and not sit out so that they can select a candidate able to represent their needs.

“As young people we need to be active during election time, we should encourage our peers to take part in elections and vote. That is the only way to make a difference. Advocating for better representation rather than attending political rallies only is ideal and practical,” he suggested.

The youthful CEO said young people must desist from pulling each other down but support themselves in order to move forward.

“Young people do not encourage each other or uplift another youthful candidate. They would rather vote for an older person who rewards them with incentives yet does not have their interests at heart,” Mazibisa cautioned.

He said that if young people could unite for a cause, there would be an economic revolution that will attain them economic freedom.

Outspoken youth personality, Samkeliso Tshuma, added that young people must orientate themselves and understand the politics of the country in order to push for economic freedom.

She argued that young people are often unable to make informed decisions during the election period due to the fact that they would be unaware of the country’s politics.

“Many young people do not know how politics works or what it is. This is why civic society organisations should provide intensive programmes in both urban and rural to facilitate civic education on elections,” Tshuma said.

She noted that information on advocacy and issuing of petitions must be accessible to young people so that they can are able to articulate themselves on political reforms.

“As young people we need to be our own saviours in order to move forward and make a difference in the country,” Tshuma summed. 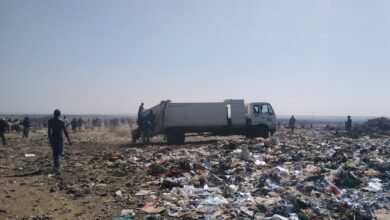