In confidential documents seen by CITE, it appears Patel carried out the transactions through his accountant Ismail Moosa Lunat.

The illicit money transfers were carried out in 2018 through Zimbabwean banks that include CBZ, NMB, Stanbic Ecobank and others.

Documents indicate that the politically-connected Patel is also involved in bribery and illegal selling and buying of foreign currency.

In one of his conversations with Lunat, Patel is quoted as saying: “If I give you USD 200k cash, to go to his office with, do you think it will be enough of an incentive for him to finish this once and for all?”

He further says: “Looking for bond this week. 55k and can give you Rand in South Africa for it all.”

The confidential documents also reveal that the business tycoon is also involved in gold deals.

He is quoted in one of the conversations with his accountant as saying: “Please do not forget to check on that company for me and I also need date for Hitesh finalising. It’s Borrowdale and total was 3.68 million cash and 87kg gold.”

In another conversation between Patel and Lunat, Industry and Commerce Deputy Minister, Raji Modi is also implicated in foreign currency deals, through his company Sai Enterprises.

Patel: Try get me a good deal I’m dying.

In one transaction the destination bank is given as JP Morgan Chase Bank, New York,

One of the documents reads: “Pay to the Beneficiary’s Bank:  Royal Bank of Canada.”

The details are given as follows:

In another transaction banking details are shown as follows:

In an Emirates Islamic Bank transaction the banking details are given as follows:

A letter from the bank reads: “ONLINE BANKING REEFERENCE NUMBER: 104546001. This is to inform you that the telegraphic transfer dated 8th nov 2018, was deducted from account number 3707335797901 to account number 00157-4001129. This letter was given upon your request without any responsibility from Emirates Islamic Bank.”

The documents indicate there was US$45, 000 that Lunat was asked by Patel to transfer to Dubai in an undisclosed deal.

According to the papers there was a payment of US$100, 000 for what is described as Hitesh.

In a letter by FMC Finance (Private) Limited, dated 29 October 2018 and addressed to NMB manager in Harare and signed by one R.M Mavhunga a reversal of that transaction was sought.

“Kindly reverse the transaction and effect the proceeds to the account detailed below:

There were also numerous other transactions that include a transfer through CBZ Bank of US$2, 7 million by Telecoms to Stapnic Investments on 21 December 2018.

In another confidential document dated 05 December 2018, the Reserve Bank of Zimbabwe (RBZ) questioned deposits of $59, 000, 00 into the accounts of Blessing Takawira and Munyaradzi Chikava from a company known as Rollright Consultancy.

Some payments were made to a Dubai company, Daaiichi Trading LLC, Mondore Investments, which received US$180, 000 on 24 October 2018, through FMC Finance and CBZ Bank. 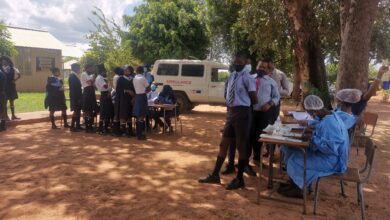 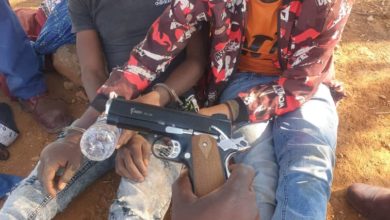