The Zimbabwe Parks and Wildlife Management Authority (ZimParks) is under-resourced, both financially and logistically, making it hard to respond to distressed calls from communities who need help in dealing with wild animals.

The authority does not receive funding from the government and relies on funds from its commercial business, noting that if Zimbabwe were to be allowed to sell some of its overpopulated animals, such as elephants, it could offset funding challenges.

“Human-wildlife conflict is happening in every part of the country, of course, we do our best every time to respond within the shortest possible time but national parks is the only wildlife authority in the world, which does not receive funding from the central government, we eat what we kill,” said ZimParks spokesperson, Tinashe Farawo while responding to questions from journalists at a recent conservation workshop.

Farawo said the authority survived on its commercial business unit but over the last two years, tourism and conservation were affected by the Covid-19 pandemic and subsequent lockdown.

“Tourism was dead, we didn’t have income. In some cases, we will go for months without salaries. Animal control is one of our areas of focus in communities, let me blunt in some cases we won’t be having fuel to react when we receive these distressed calls from communities. Sometimes we won’t have a vehicle,” he said.

“In Kwekwe, there were two to three groups of elephants roaming so when we received one distressed call, we thought we had responded but because we were thin on the ground we could not attend.”

The ZimParks spokesperson noted that the authority had about 3 000 rangers yet required double that figure to be able to attend to communities.

“Ideally we should be having 6000 so that we can adequately respond,” he said.

“We last had recruitment in 2018, while other staffers died or left their jobs. We have a problem. We always do our best to react within the shortest possible time and we work with communities, local leadership, councillors, MPs, sometimes they give us fuel so that we respond but we always try to do our best for those locals. But the big challenge is we don’t have resources.”

Farawo also noted how the ban on the sale of elephants made it difficult for the country to manage its wildlife, claiming the widespread condemnation directed at authorities was unwarranted.

“We were a department which was part of the government, got money from central government to support our activities but there was this formation of a commercial arm because the government saw it fit to say we can raise money to fund our operations but you all know, I always say Namibia sells it elephants in China no one talks about it. If Swaziland (now Eswatini) does no one talks about it but if we do there will be noise from London, New York, everywhere else you can imagine,” he said.

“It comes back to the issue of sanctions. I’m saying we are not the only country that has been selling elephants to China or to the Middle East over the last years but if you ask an ordinary person, they think we are the only country selling elephants or hunting yet it is a practice that is across the region where the attention seems to focus on us, maybe we deserve better or I mean I don’t know.”

Another challenge for ZimParks is most of the areas where communities live with wildlife have no network, so the number of people who are attacked by animals is sometimes understated.

“It is difficult for a person in Mbire or down there just to call and alert authorities of unwelcome visitors in their field, that’s why we say most of the figures that we release are not a true reflection of what is happening. In Chiredzi, two weeks ago someone was killed yet no one reported and life goes on. We have been asking some of our partners just to provide toll-free numbers so people can communicate when there is a problem,” Farawo noted. 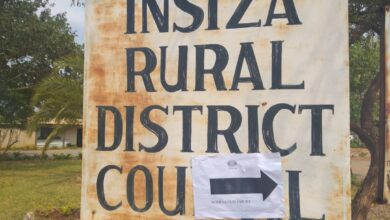