This year’s healing and reconciliation film festival, the Asakhe film festival, will see the launch of a book on the Gukurahundi genocide and other horrifying atrocities that occurred in Zimbabwe after independence.

The festival which is the brainchild of the Centre for Innovation and Technology (CITE), is in its third year and has helped the country’s attempts at national healing and reconciliation.

It will run from 24 to 28 October under the theme, “Truth and Memory”.

One of the highlights of the festival is the official launch of the book, ‘Memory and Erasure: Gukurahundi and the Culture of Violence’ will take place on October 28, 2022, from 3 pm to 5 pm.

Edited by academic Dr Mandlenkosi Mpofu and advocacy expert, Percy Makombe, the book serves as an important contribution to the body of knowledge on the genocide that took place in South Western Zimbabwe.

The illusive search for justice and accountability for Gukurahundi genocide victims is also covered in the book.

Copies of the book will be sold for US$15 upon the launch.

In an interview with CITE, Dr Mpofu said the book is an “attempt to confront – once again – the refusal to address Gukurahundi injustices in Zimbabwe.”

“It combines careful research with acerbic criticism of the arrogance of Zimbabwe as a system. The book also draws attention to the continuing suffering of Gukurahundi victims. It also opens debate on some subjects that until now have not even been considered.”

Makombe added that the book is a modest addition to the expanding corpus of literature on Gukurahundi.

“The book is about the lack of significant progress to deal with the sordid past of post-colonial Zimbabwe in which thousands of Zimbabweans in Matabeleland and parts of Midlands were arbitrarily killed by a crack unit that was unleashed by the state. The notion persists today, that whoever commits wanton acts of violence in the name of the ruling party will get away with it.”

Tags
Asakhe Film Festival Memory and Erasure: Gukurahundi and the Culture of Violence truth and memory 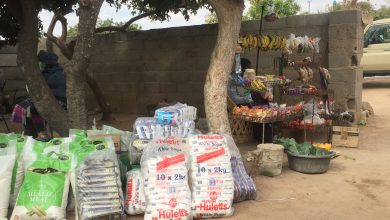