Some civilians who were brutalised during the recent army crackdown are suing the government for over USD$1.2 million claiming their rights were violated by suspected members of the security forces who unleashed a reign of terror in response to the violent January protests.

According to findings by the Zimbabwe Human Rights NGO Forum contained in their latest report titled, On the Days of Darkness in Zimbabwe, 17 people were killed during in the aftermath of the protests.

The Zimbabwe Congress of Trade Unions (ZCTU) then called for a three-day stay away in response to the fuel price hike which began on January 14 and was largely characterised by massing looting and destruction of infrastructure.

According to the report which covers the period from January 14 to February 5, 2019, over 1803 violations were committed including murder, rape and abductions.

“To date, the violations include at least 17 extrajudicial killings1, 17 cases of rape or other violations of a sexual nature, 26 abductions, 61 displacements, 81 assaults consistent with gunshot attacks, at least 586 assaults and torture, inhuman and degrading treatment including dog bites, 954 arrests and detention (including dragnet arrests), among other violations,” the report reads in part.

“The violations are systematic, unleashed mainly by male perpetrators whom the victims identified as wearing either military or police attire, armed with AK rifles and or baton sticks, travelling in the army and police vehicles”.

The Human Rights defenders say they have started assisting some of the victims to get compensation from the government.

“The Forum has started the process of pursuing justice and accountability for the victims. At least 24 letters of demand have been issued claiming about USD1,200 000.00 million from the perpetrators,” the report reads.

While government officials are on record saying only one case of rape was recorded, the forum has claimed that it has received 17 cases of sexual assault.

“The Forum received a total number of 17 cases of sexual assault including rape. Owing to the personal nature of the violations, most victims are afraid to come forward.

“The perpetrators identified by the victims are ZNA officers who either directly raped the victims or instructed other people to do so in their presence.

The report further claimed that 26 individuals were abducted during the same period.

The Zimbabwe Defence Forces (ZDF) this week said it had managed to restore order in the country following the mass protests.

“The ZDF wishes to inform members of the public that these disturbances have come to an end. Peace and security have returned to the country owing to close cooperation of the country’s security forces and the genuine support they received from members of the general public,” said ZDF Inspector General Major General Douglas Nyikayaramba told reporters in Harare.

He said they were ready to withdraw the soldiers from the streets once they were given the green light to do so by the police. 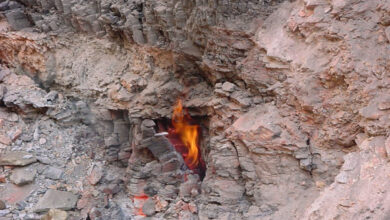