The suspects were reportedly incensed after a woman from the suburb whom they had sold a cellphone failed to pay a balance of $2.

They then launched a frenzied attack on passersby resulting in the death of one of their victims.

The suspects have been identified as Shepard Nhliziyo (28) of Mabuthweni, Kholisani Nyathi and three other males from the same suburb.

She said the Nhliziyo was paid US$11 and the balance of US$3 was to be paid on the14th of May 2021. On 13 May 2021 at around 1700 hours, the accused approached Frank Sibanda, the husband of the female vender at his vending site at Mabutweni shops to collect his balance of US$3 and was paid US$1 and he left.

“At around 1800 hours, the accused person came back in the company of his brother-in-law and three other male accused persons demanding their cell phones back,” said Assistant Inspector Msebele.

“Sibanda then ran away with the accused persons in pursuit. After failing to catch him, they started assaulting people randomly by striking them with axes. The accused persons assaulted Lesley Muzondo, Crispen Jimu, Sithembiso Nyathi, William Kaunda, Mandlenkosi Ncube, Elliot Mhizha and  he eighth unknown person using axes at different places near Mabutweni shopping center,” she said.

The deceased was struck on the head and he sustained two cuts and was admitted to Mpilo Hospital where he later passed on.

Assistant Inspector Msebele said the police attended the scene and arrested Nhliziyo while the other 4 suspects are still at large. 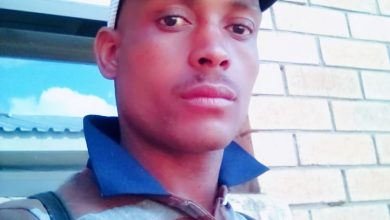