Zapu has accused the Zanu PF led government of using traditional chiefs to solve the Gukurahundi atrocities as a way of evading justice and accountability.

President Mnangagwa met with Matabeleland chiefs in Bulawayo Saturday where they resolved that each chief on a case by case basis will spearhead the resolution of Gukurahundi in their areas of jurisdiction.

However, ZAPU argues Gukurahundi was a state operation run by the military that obliterated its members, supporters and locals in Matabeleland and Midlands, therefore the opposition party must be central to any process aimed at putting the genocide matter to rest.

The party called for the establishment of an independent international commission of inquiry, that would be compelled to look into the atrocities and make recommendations.

One such machination, Maphosa singled out, was the August 21 ‘so called’ meeting with chiefs and President Mnangagwa.

“ZAPU, as the primary and initial target of the killings which in result became an ethnic genocide on the Ndebele speaking people of Matabeleland and Midlands, hereby responds to this and any other acts of deception wrapped as efforts to resolve Gukurahundi. The party rejects outright any process overseen by Mnangagwa,” he said.

“All evidence points towards Mnangagwa as one of the leading architects and authors of Gukurahundi. How can one so implicated be trusted to act in a manner that would satisfy those still living with the aftermath of the genocide? Even using the lowest form of common sense it is impossible to see how he can be the judge and jury in a case where he ranks among the top culprits.”

Maphosa underscored that since ZAPU was the target of the massacres, it must be central to any process aimed at the resolution of the mass killings.

Maphosa questioned why the government was reluctant to set up an international commission as demanded by Zapu yet a precedent had been set in the Motlanthe Commission that was created to investigate the killing of six people in Harare on August 1, 2018.

“If the government was willing to accept such an exercise for killing ten people, how does it justify a refusal to do the same for tens of thousands that perished through Gukurahundi?” he asked.

Maphosa added if the Zanu government is to retain any credibility in the quest for justice and peace in Zimbabwe, they must “immediately publish the Dumbutshena and Chihambakwe Commissions of Inquiry reports on Gukurahundi.”

To instil further confidence in the conflict resolution processes, the Zapu spokesperson said all current efforts by the government must be stopped forthwith.

“We believe these are aimed at defeating the course of justice,” Maphosa said.

“These include activities set for the National Peace and Reconciliation Commission (NPRC), the Civic Society Organisations, chiefs and reburials as such activities could be interfering with what are numerous crime scenes.”

Initially, the NPRC, constitutionally mandated to spearhead all reconciliatory processes and promote post-conflict justice, healing -was supposed to deal with Gukurahundi but lack of political will has been blamed for its subsequent failure.

“Zimbabwe could not move forward as a country towards peace and development unless and until Gukurahundi is properly and effectively addressed,” Maphosa said.

“Those affected continue to carry physical and mental scars from the trauma and insincere, superficial attempts to paper over the painful era only increases mistrust and divisions in our country.”

Aspiring Zapu president, Sibangilizwe Nkomo concurred that any engagement and resolution made without the party’s involvement, which was the “primary victim, must not be taken seriously as it is fundamentally flawed.”

Nkomo called on the chiefs to do what is right when dealing with Gukurahundi.

“They must stand on the right side of history. They must not find themselves helping a murderer to cover his tracks and to escape the jaws of justice. Future generations will judge them harshly. They must not betray our people both dead and alive,” he said.

Nkomo added that Mnangagwa had no political will to Gukurahundi atrocities.

“What Mr Mnangagwa lacks is a political resolve and will to do so. All these meetings are sideshows to hoodwink our people into believing that something is being done to resolve that genocide.” Nkomo said.

“I have never thought it possible that a government of perpetrators can subject itself to a process that seek to resolve a genocide. Our people must not take Mr Mnangagwa seriously when he promises to solve this issue as he is heavily involved in the killing of our people. Four years into his presidency he is still evasive when Gukurahundi is one of the major things impending national co-existence.” 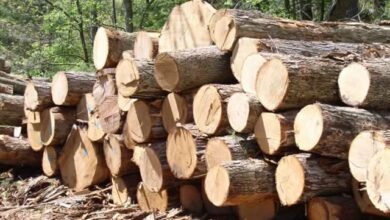