The Zimbabwe United Passenger Company (ZUPCO) in partnership with the National Railways of Zimbabwe (NRZ), Monday, launched the ZUPCO commuter train which will ply the Cowdray park route as part of efforts to alleviate public transport challenges.

The fare has been pegged at ZWL$40 per trip.

In September, a train under the same initiative was introduced in Harare.

He said the commuter train will assist in decongesting the city centre to reduce the spread of Covid-19.

Representing the NRZ board chairman, Kennias Mafukidze said despite the fact that commuter trains are popular with urban commuters, the NRZ is facing challenges such as the shortage of coaches, locomotives, lack of proper infrastructure, and suitable coaches for commuter trains.

“In light of this NRZ will continue to lobby government to fund the social services which are critical to the urban working population and school children in terms of offering affordable alternative transport,” said Mafukidze.

Meanwhile, the Minister of State and Provincial Affairs, Judith Ncube said the commuter train will alleviate the transport burden on the urban working population.

“It is encouraging and gives hope to see the government efforts and everyone’s drive towards reviving the transport industry. This NRZ-ZUPCO undertaking is a clear demonstration of government’s commitment towards putting people or workers first because they deserve a safe, affordable, efficient, and reliable alternative means of transport,” said Minister Ncube.

She said the government has been allocating PSIP funds to assist in the refurbishment of commuter train couches, locomotives among other projects in order to enhance NRZ capacity. 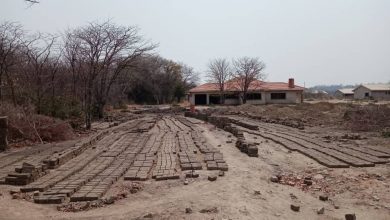