The Zimbabwe Republic Police (ZRP) is set to recruit more youths as general duty constables following a recent amendment of the organisation’s recruitment policy for the March 2020 intake.

The ZRP National spokesperson, Assistant Commissioner Paul Nyathi, confirmed the development to CITE, saying the recruitment process would be carried out in the country’s 10 provinces from 17 February to 26 February 2020.

“The Zimbabwe Republic police will embark on a recruitment exercise for members of the public who wish to train as General Duty Constables for March 2020 intakes,” said Nyathi.

In a statement from ZRP, the recruitment “ follows the recent amendment of the Zimbabwe Republic Police Recruitment Policy.”

Assistant Commissioner Nyathi said potential applicants should be aged between 18 to 22 years and be in possession of a minimum of five Ordinary Level passes including Mathematics, English Language and Science attained in not more than two sittings.

He further explained that candidates should have a criminal-free record and be ready to go through the whole police internal selection process.

Meanwhile, Assistant Commissioner Nyathi warned members of the public against following fake adverts from social media platforms and individuals purporting to be members of the ZRP.

“Members of the public are warned against fake adverts from social media platforms as well as individuals purporting to be members of the Zimbabwe Republic Police who may dupe them of their hard-earned cash under the pretext that they will be recruited into the police service,” he said. 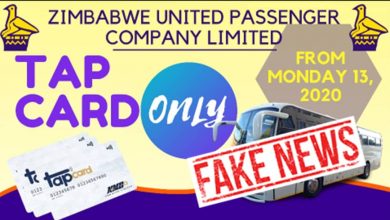 Factcheck: Is it true that ZUPCO is going to accept tap cards only?